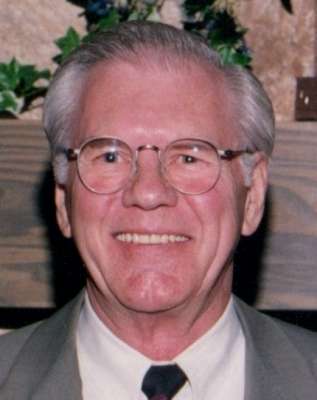 With heavy hearts, the family of Asa F. Jordan said goodbye to the patriarch of their family on Monday, June 19. Asa passed away at his home after suffering complications from Parkinson’s Disease. He is survived by his wife of 62 years, Mary, his son Michael (Laura Sammons) and his daughter Janet (Paul Richmann). He has four grandchildren, Jonathan, Emily, Michael and David.
Asa was born in a small town in Mississippi where he learned the value of hard work, commitment to family, love of country and a life grounded in faith. The youngest of six children, Asa chose a career that would take him beyond the boundaries of his home town, Ashland. At 18 years-of-age he joined the Air Force in response to America’s role in the Korean War, but his military career was quickly halted due to the death of his father. With an honorable discharge, he returned to Ashland and his family. Three years later, Asa’s life was again redirected when President Eisenhower modified draft legislation which enabled his ability to re-enlist. Asa spent much of his Air Force career stateside, though he served during both the Korean and Vietnam wars. He flew Air Evac and emergency rescue missions during the Cold War, was a trained medical technician and hospital administrator. He was the recipient of the Meritorious Service Medal on two occasions and the Air Force Commendation Medal for outstanding service, on three occasions. At the peak of his career, Asa served in the office of the Surgeon General Headquarters, Strategic Air Command, Offutt Air Force Base, Nebraska. Asa ended his military career there after 24 years. In 1956, Asa married the love of his life, Mary, in an intimate family wedding in her home town, Shoshone, Idaho. They had two children and enjoyed a career that enabled assignments throughout America, Spain and Guam. Asa retired from the Air Force in 1978 and relocated his family from Nebraska to Arizona. In 1980 he became a small business owner, purchasing a well-respected family-owned business, Bell Drapery & Cleaners. Asa and Mary were the face of Bell Drapery cultivating a loyal clientele throughout the Phoenix community. Asa was active in this distinct industry affecting legislation to write the Clean Air Act and serving as a lobbyist for a myriad of relevant legislation. He was President of the Western States Drycleaners Association and named Drycleaner of the Year in 1992. Asa retired from this second career after 22 years. Asa was known within his family for his quick, dry wit, twinkling blue eyes when he was up to mischief and a sense of loyalty that his children and grandchildren valued. No one was bigger or better than his family. To Asa’s heart, he was the most fortunate of men, who had been blessed with the best. Visitation will be from 6:00 – 8:00 P.M., with Rosary at 7:00 P.M., Thursday, June 22, 2017 at Whitney & Murphy Funeral Home, 4800 E. Indian School Road, Phoenix. Funeral Mass will be celebrated at 10:00 A.M., Friday, June 23, 2017 at St. Francis Xavier Catholic Church, 4701 N. Central Avenue, Phoenix. Asa will be interred in a private ceremony at the National Memorial Cemetery of Arizona. In lieu of flowers the family requests donation to the Parkinson’s Association of America.

Offer Hugs From Home Condolence for the family of JORDAN, ASA F.