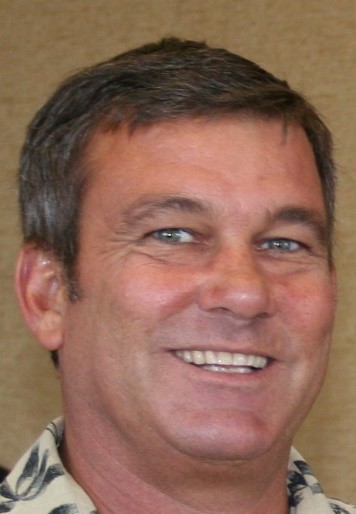 Curt Jorgensen of Phoenix, AZ, died on Tuesday, May 30, 2017 at age 53, after a short illness. He is survived by his parents Walter and Marcia Jorgensen, sister Sandra (George) Searle, brother Rex (Kathy) Jorgensen, nephew Ross Jorgensen, nieces Maddy and Kate Jorgensen, as well as several aunts, uncles, cousins, his many friends and his dog Charlie. Curt was born in South Bend, Indiana, but grew up in Phoenix and Scottsdale. He attended Kachina Elementary, Kiva Elementary, Saguaro High School, Scottsdale Community College and Northern Arizona University. He worked for many years in the restaurant and hospitality industry. Curt was a kind, generous, and independent person with a thirst for adventure. He loved to travel and was able to spend time in Australia, Hawaii, Mexico, Peru, Panama, Columbia and all over the USA. He was most comfortable outdoors where he enjoyed hiking, camping and even scuba diving. He was able to spend the last few summers camping, boating and fishing for trout at Big Lake in the White Mountains of Arizona. He was an Indianapolis 500 and NASCAR auto race fan like his father, and even raced ¼ midget cars competitively at a young age. A private family Inurnment will be held at St. Francis Catholic Cemetery in Phoenix, AZ. A Celebration of Curt’s Life will be held at a later date. Gifts in Curt’s memory may be made to St. Joseph’s Hospital Foundation, 350 W. Thomas Road, Phoenix, AZ 85013.

Offer Hugs From Home Condolence for the family of JORGENSEN, CURTIS M. “CURT”