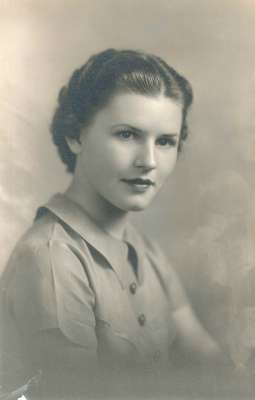 Passed away in her sleep on April 23, 2017. She was 99 years old, a native Arizonan, born to Leda and Bernard Seib. She attended Osborne School and Phoenix Union High School. Dorothy was married over 70 years to the late Earl Jorgensen. They were both excellent golfers and enjoyed their retirement as members of Arizona Country Club and White Mountain Country Club in Pinetop (where they were charter members). Left to cherish Dorothy’s memory are her children, Anne Jorgensen Zeller (Miles), Eric Jorgensen and grandchildren; Terry, Erin and Gary Zeller and 7 grandchildren. She is preceded in death by sisters Mary Helen Mulligan and Betty Ball and brother Harold Seib. The family wishes to thank Jamie and Matt of Constant Care Assisted living of Arcadia, her caregivers Zen and Rose and Hospice of the Valley for their loving and faithful service. Dorothy now joins Earl in heavenly peace. Arrangements entrusted to Whitney & Murphy Funeral Home. Condolences may be offered at www.whitneymurphyfuneralhome.com

Offer Hugs From Home Condolence for the family of JORGENSEN, DOROTHY SEIB