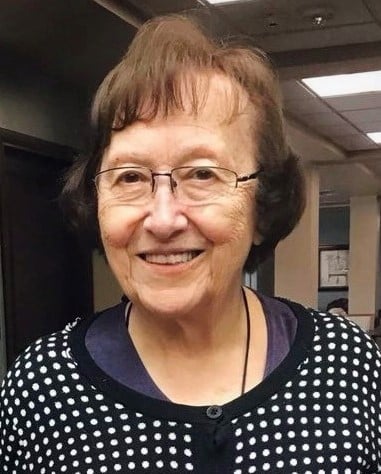 On October 29, 2022, the phenomenal mind and heart of Marguerite “Peggy” Joy took leave of us after 92 years of tireless labor. Peggy Devine was born in Brooklyn, New York on April 11, 1930, into a tight-knit but complex family that both nurtured and tried her spirit. Peggy’s aunts and grandparents fed her insatiable craving for knowledge, making her an avid reader, amateur historian, and eventually, a registered nurse. As a sister to four younger brothers, she became de facto “matriarch” even before she was a mother.

A “Renaissance Woman” ahead of her time, Peggy was full of brilliant and challenging contradictions: she was a working woman with a genius mind in a world where daughters and mothers came second. She was capable of everything, but too free a thinker to fit into any traditional box. In times of strife, the only thing fiercer than Peggy’s ire was her love. Peggy and her husband left New York to be with family in Arizona, after the tragic loss of their son Stewart in 1988. Despite losing her husband a few years later, Peggy spent her three decades of retirement travelling the world (from Egypt to Antarctica), learning, bringing artistry and skill to countless projects, and watching her grandchildren grow.

Peggy Joy spent her last days with her daughters Jeannine Brennan and Allison Day, and grandchildren Alex Day and Mackenzie Joy Brennan, at her side. She no doubt felt love from the rest of her brood all around the country: her children Lindsey Davison, Vincent Joy, Margaret Bailey, and Damien Joy; grandchildren Nora, Victoria, Mallory, Steven, Emma, and Meggie; her beloved cousin Merle Bianchi Chang; and Mrs. Joy’s whole flock of Changs, Devines, Freys, Joys, grandnieces and nephews, and chosen family.

Offer Hugs From Home Condolence for the family of JOY, MARGUERITE “PEGGY”