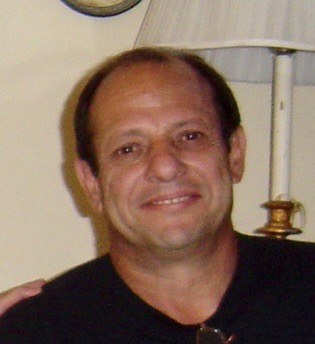 Charles (Stratie) Kakadeles, 63, passed away peacefully on February 15, 2018 in Phoenix, Arizona. Born at Luke Air Force Base in Goodyear Arizona to parents William and Helen Kakadeles, his father passed away at a young age and Stratie was then raised by his stepfather Alex Fernandez and mother Helen. He attended Balsz school and graduated from East High School in the class of 1973. He worked for Marie Callenders’ on Thomas Road where he made friends of his lifetime and what became the place that shaped Stratie’s future. Having always been a free spirit with a mind of his own, he discovered his many talents that included restaurant equipment repair. He later went to work for Red Devil restaurant and then began his own business and had many clients at restaurants in the valley. He enjoyed judo and karate as a child. As an adult he loved camping and fishing at Woods Canyon Lake, and had fun in the desert with dune buggies, motorcycles and he then took up scuba diving. Stratie was a history buff, he knew the bible well, loved talk radio and he was a perfectionist at work. He loved his many dogs and nurtured his favorite dog Spike. Stratie was kind and generous and was loved by all that had a chance to know him. He always offered a helping hand and will be remembered for his generosity to others and his friendly wave from his car. Stratie was a loving son to his mother Helen Fernandez and loving brother to Nick and Greg and many other loving family members in Mytiline Greece and Adelaide Australia.

Offer Hugs From Home Condolence for the family of KAKADELES, CHARLES