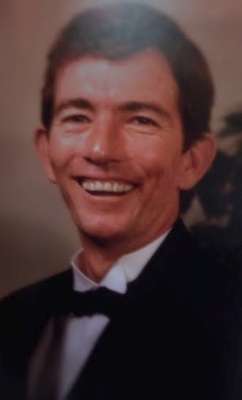 Thomas J. Kase, 66, passed away peacefully on September 6, 2014, after fighting a courageous battle with Merkel cell cancer for over two years. He was born on January 24, 1948, in Jamestown, New York, and lived in Phoenix most of his life after his family relocated to the Valley in 1952.

He graduated from St. Thomas the Apostle Grade School in 1962, Brophy College Preparatory in 1966, and completed his bachelor’s in business administration from Loyola University of Los Angeles in 1970. Tom married his true love Bobbie Carson in 1974. Tom spent his entire 44 year career as a CPA and became partner at Hahn & Kase in 1974, served as a treasurer and chief financial officer in the private sector, and later acted as consultant at Gaintner, Bandler, Reed & Peters, PLC. He was widely beloved by his clients and colleagues who often referred to him as a mentor.

Tom’s family and friends will remember him for his abundant generosity, genuine interests in others, his unwavering moral compass, and his delightful sense of humor.

Tom is survived by his children David Kase (wife Sinead Kase) and Megan Kase. He is preceded in death by his parents Donald and Dorothy (Kane) Kase and his wife Bobbie (Carson) Kase.

A visitation will be held on Tuesday, September 9, 2014 from 6pm to 8pm with a Rosary at 7pm at Whitney & Murphy Funeral Home, 4800 E. Indian School, Phoenix. Funeral Mass will on Wednesday, September 10 at 10:30am at St. Thomas the Apostle Catholic Church, 2312 E. Campbell, Phoenix.

In lieu of flowers, contributions may be made to the Society of Saint Vincent De Paul.

Offer Hugs From Home Condolence for the family of KASE, THOMAS J.