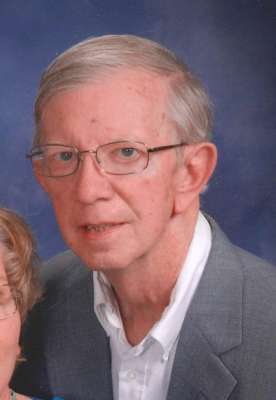 Age 79, his service on earth finished, was called home on August 4, 2014. Dave loved the Lord, and sang his praises from his youth until Parkinson’s disabled his voice three years ago.

He met Carol Chester in the Bethel Lutheran choir.  They fell in love, were married February 15, 1964, and sang together for more than 50 years.  She survives him, as does son Kevin (Anne) and grandchildren Caitlyn and Brayden.  He was preceded in death by son Ken and sister Vivian Devine.  Also surviving Dave are brother Wayland (Marge), sisters-in-law Barbara Swanson and Marilyn Chester.  Brothers-in-law Eric Swanson and Bill Chester, 3 nieces and 5 nephews and many friends.  Dave was born June 30, 1935, in Madison, WI to Wayland and Emma Kauffman.  Following the sun, he was employed at age 19 by the Del E. Webb Construction Co.  He advanced from office boy to accountant, comptroller and internal auditor.  Webb travels took him to developments around the U.S.  Dave and Carol settled in Phoenix to raise their family.  After leaving Webb, Dave worked for his church and the Lutheran Synod of AZ.  He also maintained a private accounting business.  There will be a Visitation on Friday, August 8, from 5:00 – 8:00pm at Whitney & Murphy Funeral Home, 4800 E. Indian School Road, Phoenix.  A Memorial Service will be held at 11:00am, Saturday, August 9, 2014 at Prince of Peace Lutheran Church, 3641 N. 56th Street, Phoenix.   Memorials can be made to Muhammad Ali Parkinson Center, the Prince of Peace Foundation or Hospice of the Valley.

Offer Hugs From Home Condolence for the family of KAUFFMAN, DAVID LEE