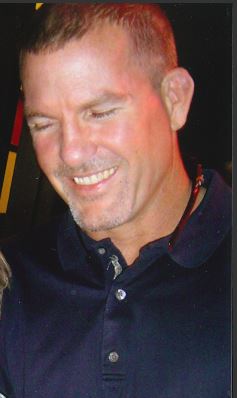 Eric Alexander “Zeke” Kaufman passed away suddenly, and unexpectedly on January 8, 2023 of natural causes. Eric is immediately survived by his son Zak, his daughter Zoey, parents Fred and Susan Kaufman, his brother David, nephew Davis, along with his former wife Vanessa Kaufman.

Eric was born in Riverside, California to Fred and Susan Kaufman on December 31, 1965. Fred and Susan later moved to Arizona in 1970 with Eric, and his younger brother David. The Kaufman’s built a family in Phoenix and their home was always a central meeting place for a parade of family and friends over the years. Eric attended Madison Rose Lane Prep Academy & Madison #1 Grade School and graduated from Camelback High School in Phoenix in 1984. He then attended Arizona State University, where he was a member of the Phi Gamma Delta Fraternity. Eric had a wealth of friends at ASU, many of which were very close to him throughout his entire life. After graduating ASU with a BA in History in 1988, Eric worked with his family’s construction company, doing development projects for commercial clients across the Valley for over 20 years.

Eric married Vanesa in 1997, and together they settled in Phoenix, and later relocated to Boulder, Colorado. Eric’s children were his biggest priority and greatest joy. Zachary and Zoey were the love of Eric’s life and his greatest accomplishment. He will always be remembered as a proud, dedicated, and loving father, who doted over his two children. He particularly loved following and being involved in his daughter Zoey’s passion for theater and dance – working with Zack on his music and just spending time together at the gym or Jiu-Jitsu academy. Zoey and Zach will each miss their father’s big bear-hugs.

Recently, Eric was an early pioneer along with his family in the Arizona medical cannabis industry. Eric was instrumental in helping to bring one of the very first Medical Cannabis Dispensaries to Arizona in 2012. Eric had a tremendous sense of pride that Swell Farmacy was one of the first locations to service cancer patients struggling with chemotherapy, and children suffering with epilepsy. After Swell, Eric Co-Founded a Cannabis Distribution company with two of his life-long friends, Jack McDade and Brad Ottomeyer. Subsequently, Flow Distribution has grown into one of the largest full-service cannabis wholesale companies in Arizona. Eric looked forward to working with all his dedicated “Flow Family” members every day.

Beyond his family, Eric’s passion was anything fitness related. As a young boy, Eric excelled at all team sports, especially football. Eric loved hiking and yoga and achieved black belts in both Tai Kwon Do and Brazilian Jiujitsi. If Eric was going to do something, he went after it with complete dedication and commitment. He was also known from time to time to get great joy beating his good buddies on the golf course for a few bucks. If Eric wasn’t at work, odds are, you would find him at the gym, or climbing Camelback or Piestewa Peak.

In honor of Eric, there will be a Celebration of Life at Mountain Shadows Resort, 5445 E. Lincoln Drive, Paradise Valley on Thursday, February 2, 2023 from 3:30PM-7:00PM. Light snacks and refreshments will be provided. Condolences may be expressed at www.whitneymurphyfuneralhome.com

Offer Hugs From Home Condolence for the family of KAUFMAN, ERIC ALEXANDER “ZEKE”