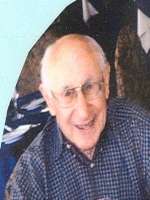 David George Kazan age 92, passed away peacefully surrounded by his family on November 22, 2009. David was born May 30, 1917 in Akron, Ohio to Max and Fannie Kazan. He was married 44 years to his wife Bernice who predeceased him. He is survived by his brother Phillip and his children Lisa and Larry, daughter-in-law Elizabeth and grandchildren Lizzie, Brian, Colin and Benjamin. He proudly served his country in the Army Air Corps during World War II. David moved to Phoenix from Cleveland, Ohio in l959 and founded Tip Top Nurseries, Inc., expanding to six locations in the Phoenix-metro area by 1980. He was a humble man to whom hard work, integrity and family always came first. A Memorial Service is to be held at 10:30 A.M., Wednesday, November 25, 2009 at Temple Beth Israel, 10460 North 56th Street, Scottsdale, AZ.

Offer Hugs From Home Condolence for the family of KAZAN, DAVID G