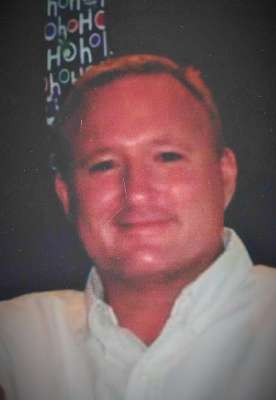 John Francis Kealy, Jr. (Johnny) was born on September 29, 1967, in Phoenix, Arizona, a minute before his fraternal twin, Richard John (Rick). Growing up, Johnny lived in Hastings, Nebraska, and Scottsdale, Arizona, where he attended Arcadia High School and graduated with the class of 1986. After a stint of playing football for the Nebraska Cornhuskers, Johnny went to work at the family business, then called Kealy Construction, with his father and brother. Throughout the years, their business endeavors varied, but he always worked side by side with his family that he loved so much. Johnny was currently in business with his brother as co-owners of D&K Enterprises. In 1998, Johnny married his high school sweetheart, Erin Davis; and although they did not stay married, his best friend was by his side through the end. Johnny was an avid football fan – lover of ASU and the University of Nebraska.   Johnny had a very magnetic personality and was everyone’s friend; his caring heart never wanted to disappoint anyone. Johnny was larger than life with an inner confidence that drew people to him. This personality could often be found hanging out with his friends at local establishments or attending a variety of events to support his nephews. On Friday, November 28, 2014, Johnny unexpectedly died in his home in Phoenix, Arizona. He was preceded in death by his father, John Francis Kealy, Sr. in 2007. Johnny is survived by his mother, Kathleen Kealy; brother and best friend, Rick Kealy (Cliff); sisters Kelly Kealy, Kerry Grimes (Travis), and Kristen Kealy Essary (Justin). Johnny is also mourned by his adoring nephews, Thomas, Dane, Keegan, Cole, and Connor. Services for Johnny will be at 10:00 AM, on Friday, December 5, 2014 at the Franciscan Renewal Center, (the Casa), 5802 E. Lincoln Drive, Scottsdale. Graveside service will follow at St. Francis Catholic Cemetery, 2033 N. 48th Street, Phoenix. While those here on earth will be mourning Johnny’s passing, he and his father – together once again – will be toasting to them from above. Arrangements entrusted to Whitney & Murphy Funeral Home.