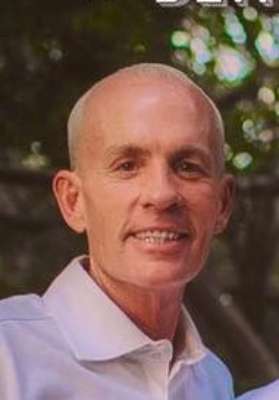 Richard John Kealy (Rick) was born on September 29, 1967, in Phoenix, Arizona, a minute after his fraternal twin, Johnny. Growing up, Rick lived in Hastings, Nebraska, and Scottsdale, Arizona, where he attended Arcadia High School and graduated with the class of 1986. Rick went to work at the family business, then called Kealy Construction, with his father and brother; Rick was integral to the growth of the company into Texas and California. Throughout the years, their business endeavors varied, but he always worked side by side with his family that he loved so much. Rick was currently co-owner of D & K Enterprises with family friend, Bob Divis. Rick met his life partner, Clifton Cooper in California in 1997. Rick and Cliff enjoyed spending time entertaining friends, taking the boat out, and were cinema connoisseurs. They moved to Arizona in 2008 to be closer to family. Rick loved spending time supporting his nephews at various events. His nephews describe Rick as caring, sincere, entertaining and passionate. Rick definitely enjoyed family, sunshine, and the beach; he was known as confident, stylish, helpful, and dependable. Since his twin brother’s death in 2014, Rick was never quite the same, and we are comforted with the idea that they are together again with their father, John Kealy Sr. On April 22, 2016, Rick unexpectedly passed away in his sleep. Rick is survived by Clifton Cooper; his mother, Kathleen Kealy; sisters Kelly Kealy, Kerry Grimes (Travis), and Kristen Kealy Essary (Justin). Rick is also mourned by his adoring nephews, Tom, Dane, Keegan, Cole, and Connor. Funeral Mass for Rick will be on Friday, April 29, 2016, at 10:00 AM at the Franciscan Renewal Center (the Casa), 5802 E. Lincoln Drive, Scottsdale. Interment will follow at St. Francis Catholic Cemetery. In lieu of flowers, please make a donation to “Kealy Brothers Funeral Fund” at www.gofundme.com;

Offer Hugs From Home Condolence for the family of KEALY, RICHARD JOHN