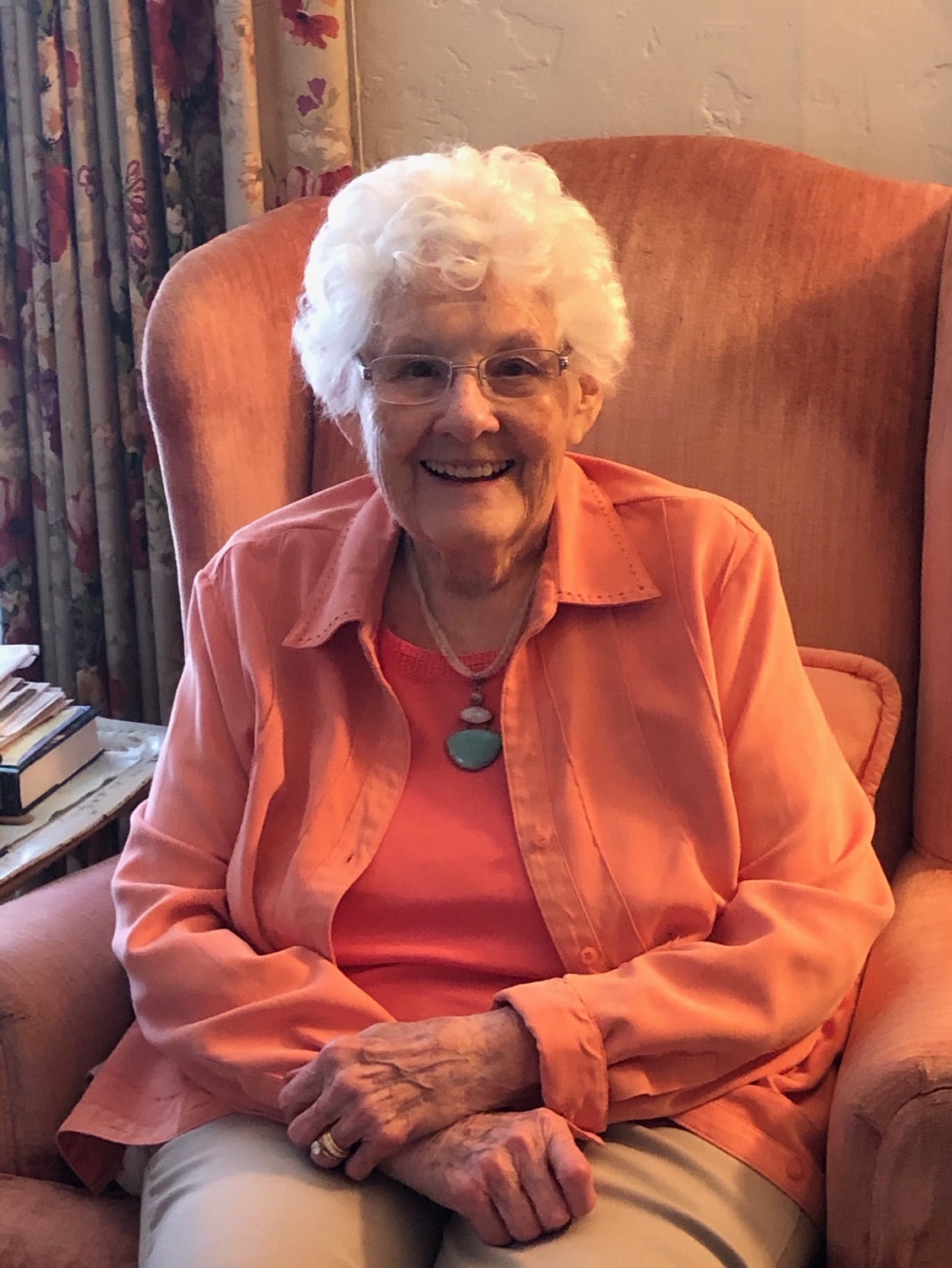 Marianne L. Keany, 93, passed into eternal life, surrounded by her family, January 23, 2021. She was born in Phoenix on May 1, 1927, the fifth child of seven to Louise and Thomas C. Geare. While attending St. Mary’s grammar school and high school she was acquainted with classmate, Pat Keany. It wasn’t until he returned from the Navy after WWII that they met again at Gregg Business College and fell in love. Married in 1949, they built a life together with their eight children and were inseparable for 66 years until his death in 2015.

She was the perfect mother and grandmother. With her cheerful disposition, loving and wise advice and counsel and deep faith, she made each one who entered into her home feel like they were the only one who mattered to her. Her children and grandchildren learned kindness, compassion, generosity, patience and love from her example as well the importance of hard work.

Besides helping to build two family businesses, she also volunteered with Meals on Wheels and gave to many charitable causes. She worked for several years to build hospitals in Africa sponsored by World Mercy Fund with Fr. Tom Rooney in Alexandria, Va.

The family would like to thank her caregivers Maria, Trisha and Yoly for helping to make her final years comfortable and secure. We owe a special debt of gratitude to two of her grandchildren, Colleen and Chris Keany for the outstanding nursing care they provided in her final days of fighting COVID at home. It was a comfort to her and all the family to have her home in her last days.

A celebration of her life will be planned for a safer time. A small funeral is planned with Visitation and Rosary at Whitney & Murphy Funeral Home, 4800 E. Indian School Road, Phoenix on Wednesday, January 27, 2021 from 5:00-6:30 P.M. and the Mass of Christian Burial at Saint Mary’s Basilica, 231 N. Third Street, Phoenix on Thursday, January 28, 2021 at 2:00 PM. Condolences may be expressed at www.whitneymurphyfuneralhome.com.

Offer Hugs From Home Condolence for the family of KEANY, MARIANNE L.