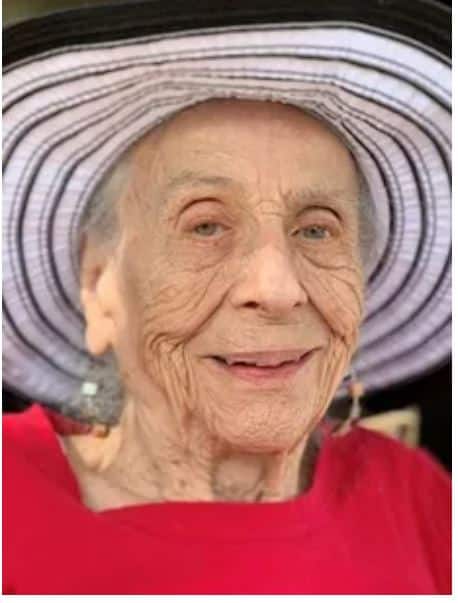 Sylvia Keith lived her 101 years with courage, determination and abiding love for her family and community. She took her last breath in the comfort of her home the morning of October 29, 2022. Sylvia was born in New York City, New York, July 23, 1921. She loved baseball and attended many Yankee games with her father. Sylvia often told her 3 daughters, that as a child she dreamed of having 9 children of her own so she could have her very own baseball team. She didn’t manage to accomplish that feat but her first daughter Kathy did. Kathy’s 9 children gave her 30 great grandchildren and 8 great great grandchildren. Her daughter Sam gave her 2 grandchildren and 3 great grandchildren. Chris, her third daughter, through timeless love and devotion, enabled Sylvia’s strong will to flourish up until her passing. Growing up in Manhattan, Sylvia attended the all girls’ public schools, Hunter Elementary and Hunter College High School. She continued her education in the School of Business at New York University where she was one of two women majoring in accounting. She graduated in 1942. While at NYU, she met sports reporter, Joel Keith. In 1943 they married. Soon after they were advised to move “out west” (Phoenix) because of Joel’s health. She was widowed in 1953 where, in order to spend summer vacation time with her children, Sylvia decided to make a career change. She began teaching at Longview Elementary School, where she taught and earned her teaching certificate simultaneously. She brought her passion for numbers and baseball with her, coaching girls softball after school and in later years creating the Math Challenge Program for the Osborn School District. She also took pride in representing her fellow teachers in salary negotiations as a spokesperson for equitable pay. In addition to teaching, Sylvia made time for civic and community organizations. She was an active member of PEO, Chapter A , for over 60 sixty years. She became a life-long member of Trinity Episcopal Cathedral in 1948. She attended church on Sundays up until the COVID pandemic, usually with her beloved caregiver Marie, who took extra care in braiding her hair so that those sitting in the pews behind her couldn’t fail to take notice and comment. It was, and remains a blessing that Trinity made Sunday services available on U Tube. Sylvia’s retirement years were full of activity. She volunteered at St Luke’s Hospital, continued tutoring in math, played bridge, supported the arts, and visited her grandchildren. Her family is grateful to Marie for providing care and companionship to Sylvia during her 8 final years. Thanks also to Raylene and other caregivers and health professionals who supported the last stages of her life. Beatitudes at Home, the Muhammad Ali Parkinson’s Center and Hospice of the Valley deserve special mention.

All are invited to a reception at 10:00 a.m. followed by the funeral at 11 a.m., at Trinity Episcopal Cathedral, 100 W. Roosevelt, Phoenix, on November 23, 2022. The burial will take place immediately following at Greenwood Cemetery, 2300 W. Van Buren St., Phoenix.

Offer Hugs From Home Condolence for the family of KEITH, SYLVIA