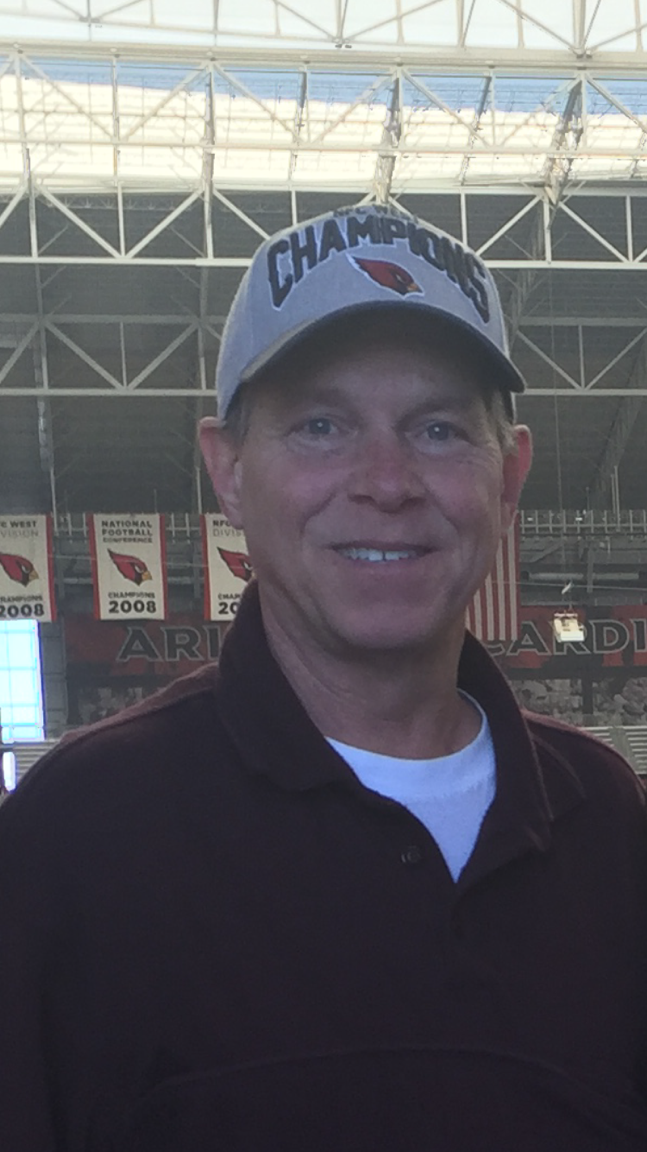 59, passed away on February 19, 2017 after a brief battle with lung cancer. He was born in Santa Monica, California on February 11, 1958, son of Frank Sr. and Elsie Kelley of Encino, California. He graduated from Crespi Carmelite High School in Encino, and attended California State University, Northridge. He is survived by his loving wife Vivian of 34 years, son Ryan, sister Kathleen Conway and granddoggie Leila. Frank began his 29-year employment with Tri-West LTD as a rep in Los Angeles. He became the V.P. of Regional Sales while opening the Hawaii branch in 1991; in 1997 he made his home in Arizona as he opened the branch there as the Southwest V.P. of Regional Sales. His character, loyalty and positive guidance prompted his employees to surprise him at the office with #TeamFrank t-shirts, worn in support of his battle with cancer. He loved fishing, sports and spending time with his family in Show Low. Frank was known for his casual style, witty sense of humor, and optimistic viewpoint while caring for those around him. Favorite memories of Frank include coaching Ryan’s Little League teams, cheering on his beloved Cardinals, Coyotes, Suns and Sun Devils, attending numerous bowl games, and supporting Ryan’s Jr. Golf and ASU college tournaments. Special thanks to the caring and dedicated professionals at Mayo Clinic, who provided hope in the beginning and comfort at the end. A Visitation will be held from 11:30 A.M.-12:30 P.M. with a Funeral Mass to follow at 12:30 P.M., on Saturday, March 18, 2017 at St. Francis Xavier Catholic Church, 4715 N. Central Avenue, Phoenix, Arizona 85012. In lieu of flowers, please consider making a donation in memory of Frank to St. Peregrine Cancer Shrine, 1551 E. Dana Avenue, Mesa, Arizona 85204 or www.cancershrine.org.

Offer Hugs From Home Condolence for the family of KELLEY JR., FRANK JOSEPH