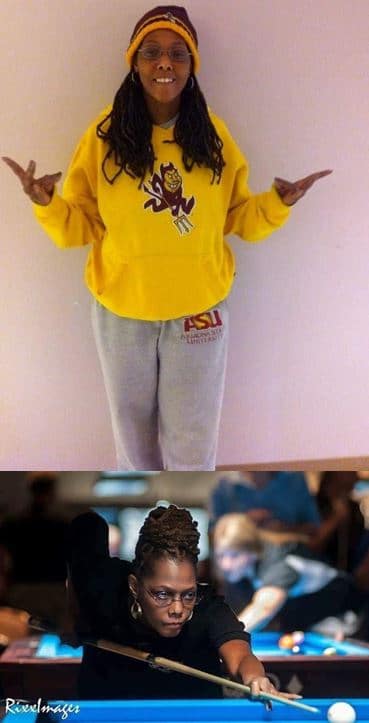 Ebony Shawn Kelly, 49, passed away peacefully at Banner University Hospital after a protracted illness and hospitalization.

Ebony was born in Minneapolis, MN, the daughter of Alma Frances Kelly and eventually Arthur Lee Curry, Jr. She attended and graduated North Community High School 1988 in Minneapolis. She received her degree in Travel and Tourism from Arizona State University 1995 in Tempe.

Ebony spent much of her career as a travel agent, working as a floating agent and was eventually employed by American Express. She was also an entrepreneur, selling Nicaraguan pottery she brought back from her numerous trips to Costa Rica. In addition, she sold bath products under the name Ebony’s Essence at various fairs and Farmer’s Markets.

Ebony had a passionate and competitive spirit which she honed on the basketball and tennis courts on the North Side of Minneapolis. She would eventually go on to play both sports in high school. Despite her shorter stature, Ebony, aka “Spud Eb” was a force on the JV and Varsity Polars High School teams. When she began at ASU in 1988, she was also a walk on player for their women’s basketball team. Travel was also a passion. She frequently would meet up with friends all over the world and traveled on her own internationally several times over. Most notably she loved Costa Rica, even wanting to move there. She learned about “Pura Vida”, i.e. “pure life”, a phrase and lifestyle embraced by Costa Rican’s that embodied Eb’s love for life and empathy for others. She enjoyed shooting pool and like any of Ebony’s passions she immersed herself and studied the craft to be the best. When she had to undergo a double lung transplant in August of 2009, she simply shifted her path but did not slow her passion – or competitive spirit.

She was preceded in death by: Alma (Kelly) Curry, mother and Arthur Lee Curry, Jr, stepfather.

In lieu of flowers, donations can be made to Donate Life America and/or you can register to become an organ donor.

Offer Hugs From Home Condolence for the family of KELLY, EBONY SHAWN