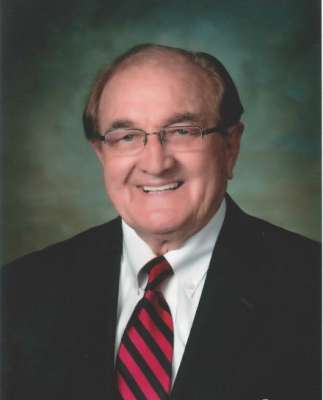 passed away on October 13, 2014 surrounded by his devoted wife and best friend of more than 45 years, Sanda, and their two daughters, Kristin and Kaitlin, as well as his son Chris and daughters Kathy and Karen from his prior marriage.  Hugh was born on April 23rd, 1927 in Worthington, Indiana to Hubert and Leona Kelly who preceded him in death along with his sister, Dorothy “Kitty” Kelly Tananbaum. After graduating from Onarga Military School, Hugh served in the United States Army during World War II as a Technical Sergeant. He later went on to receive his B.A. from Indiana State University in 1949. He received his J.D. at Indiana University School of Law in Bloomington in 1953 and was admitted to the Indiana Bar in 1953 and the Arizona Bar in 1965. In 1964, he moved to Phoenix, where he continued to practice law for over 50 years. He was a Senior Trial Attorney, Office of Chief of Counsel, Internal Revenue Service, Southeast and Central Regional Offices, from 1953-1960 and was also an Arbitrator and Mediator, United States Arbitration and Mediation of Arizona, Inc. Hugh was a 32nd Degree Freemason and a member of the Ancient Accepted Scottish Rite of Terre Haute, Indiana. He was also a member of the El Zaribah Shrine in Phoenix, Arizona and the American Legion. Hugh was a devoted family man, husband, father, grandfather, great-grandfather and loyal friend. His love of people and animals was contagious as he lit up any room he walked into.  Hugh was a storyteller and so enjoyed being an older father. Given the opportunity, he loved to share photos and stories of his daughter Kristin’s accomplishments in veterinary medicine and his daughter Kaitlin’s accomplishments in graphic design. When not surrounded by family, he enjoyed spending time in his Koi pond at home. He is survived by his loving wife and their two children, four children from his prior marriage, eleven grandchildren, fourteen great-grandchildren, two nieces, and his beloved fur babies. Visitation will be held at Whitney & Murphy Funeral Home, 4800 E. Indian School Road, on Thursday, October 23rd, from 5-8 P.M. Funeral Mass will be held at St. Francis Xavier Catholic Church, 4715 N. Central Ave., on Friday, October 24th, at 1:30 P.M. In lieu of flowers, donations may be made in Hugh Kelly’s honor to the Pulmonary Fibrosis Foundation through their website (http://pulmonaryfibrosis.donorpages.com/Tribute/HughKelly2014) or via check made out to Pulmonary Fibrosis Foundation of 230 East Ohio Street, Suite 304, Chicago, IL 60611.

Offer Hugs From Home Condolence for the family of KELLY, HUBERT “HUGH” EUGENE