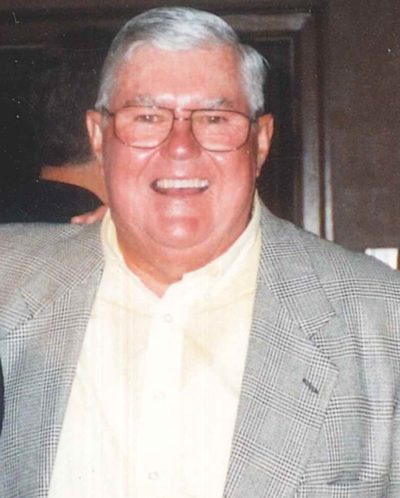 Tom Kelly, or known to some as “Tommy” Kelly, was born on July 13, 1929 in the District of Columbia to Edward James Kelly and Blanche Dawson Kelly. Tom attended what was then, George Washington High School and excelled in both athletics and academics while there. He was accepted into VMI, more formally known as Virginia Military Institute and entered as a “RAT” into the class of 1950B. While at VMI, he played Varsity baseball and basketball. It only took one meeting with Tom to understand the sincere fondness, pride and loyalty he felt about VMI and all it stood for. He was a loyal alumnae until the end and many of his very closest friends in life, were a result of his years at the Institute. As an alumnae there, he served as a member of the Board of Trustees of the VMI Foundation for 7 years. While on the Board, he served as Vice President for Administration, Chairman of the Finance Committee, and member of the Executive Committee. Tom served in the US Army as a First Lieutenant and tank commander during the Korean War and was awarded two Purple Hearts, and a Bronze Star for bravery while serving time there. After his military service, Mr. Kelly earned a Master’s in business administration from Harvard University Graduate School in 1954. It was in 1952 that he met and married the absolute love of his life, Norma Lee (Hannas). They met and married that same year, had a daughter, Susan Ann Kelly(McKone) in 1961, and lived a wonderful married life of nearly 64 years. They traveled extensively and often with their family and friends, which brought great joy to him. Tom began his career with Melpar, a division of E-Systems, in 1958 in the finance division. He rose through the ranks of E -Systems and retired as Chief Financial Officer at Corporate headquarters in Dallas, Texas in 1989. Tom’s greatest love’s were his family, his faith, VMI and his “Brother Rats”, and spending time with friends on the golf course. He was loved by many and respected by many more. He taught us how to live and cherish the gifts we have received from above. We are all better people for knowing him. Tom passed away on November 15, 2016 surrounded by his loving family. He is survived by his beloved wife Norma, daughter Susan McKone, son-in-law Kelly McKone, and grandchildren Tommy McKone, Kelsey McKone and Molly McKone. His grandchildren were his greatest pride. Visitation will be held at Whitney & Murphy Funeral home, 4800 East Indian School Road on Thursday, November 17 from 6-7 pm with a Rosary following at 7 pm. Funeral Mass will be celebrated on Friday, November 18 at 2:30 pm at St Francis Xavier Catholic Church at 4715 North Central Avenue in Phoenix. In lieu of flowers, please make donations to the VMI Scholarship Fund Class of 1950B in Tom’s memory. VMI, Neikirk Hall, 304 Letcher Avenue, PO box 932, Lexington, Virginia 24450.

Offer Hugs From Home Condolence for the family of KELLY, THOMAS