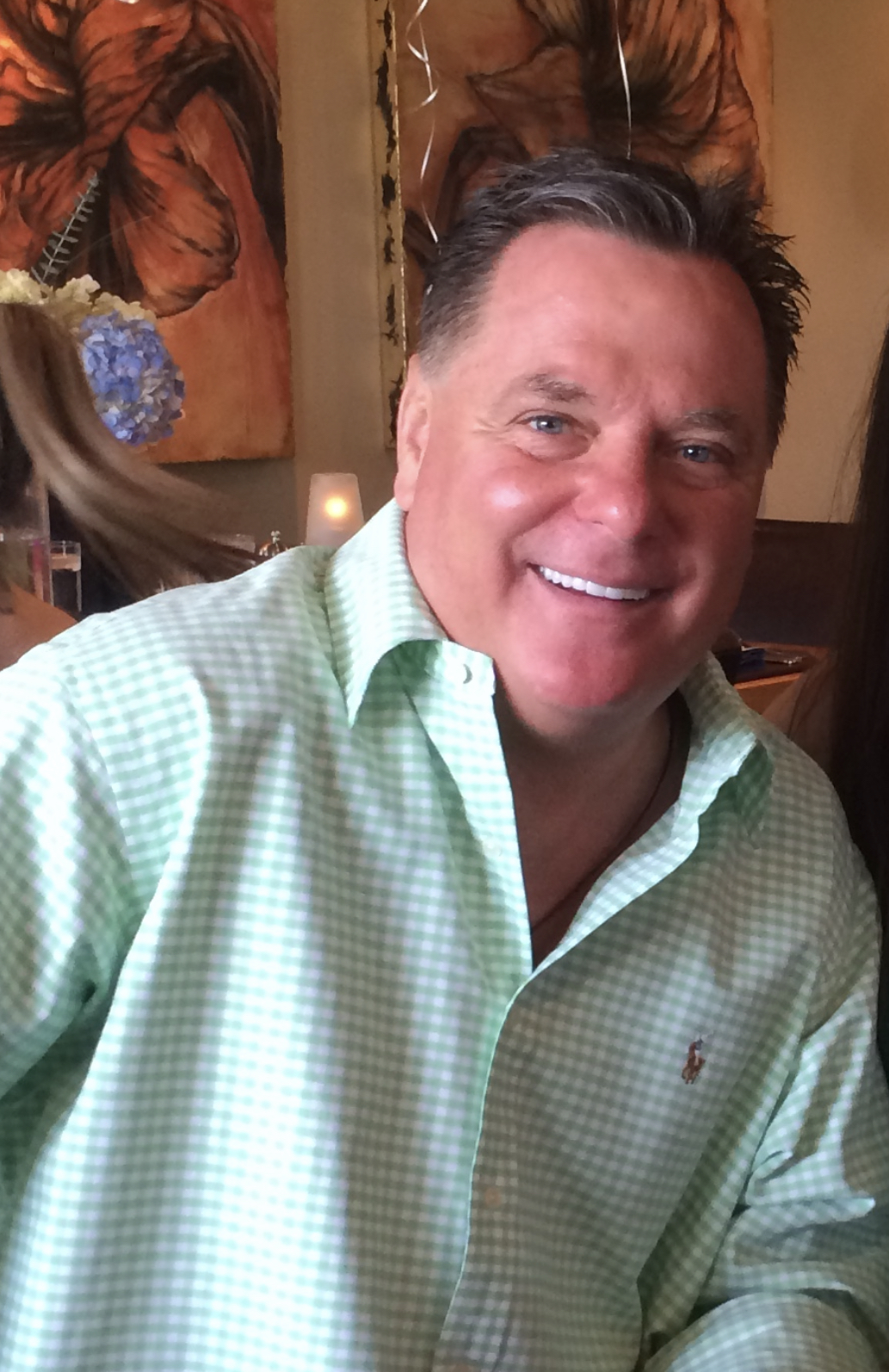 On the night of July 11, 2019, Wally Christopher Kelly, 62, passed away at his home in Phoenix, Arizona. He was reunited with his father, Wally; his mother, Crissy; brother Michael; grandparents, and many, many dear friends into the arms of our Lord. He will forever be dearly missed by his son, Beau, his stepchildren Hannah, Ashley, and Parker, his wife Amy, sisters Jennifer (Bill) Ingram of Twin Falls, Idaho; Diane Steinmetz of Boise, Idaho, many nieces and nephews, and dear friends and colleagues.
Wally was born in Pocatello, Idaho to Wally and Crissy Kelly on August 4, 1956. He was baptized into the Catholic Church and would remain a dutiful servant of our Lord for his entire life. He attended Highland High School in Pocatello, Idaho, where he upheld the family legacy of athletes and was recognized as an outstanding athlete as a 3-year letterman with two state championships. Wally’s love of football earned him a scholarship to Idaho State University in 1974, where he would earn his Bachelor’s Degree in Mathematics and Physical Education. Eventually he would attend the University of Utah and obtain a Master’s of Science Degree in Physical and Special Education.
A Spring Break vacation to Tucson, Arizona would prove to be the beginning of a lifelong career in the billboard advertising business. Wally served as a national sales manager for Whiteco MetroCom, Inc. from 1979 to 1984, which was based in Chicago, Illinois. Whiteco had outdoor billboards in 34 states, including such markets as Chicago, Dallas, Orlando, Fla., Indianapolis, Milwaukee and Providence, R.I. His years in Chicago created a lifelong love for his Chicago Bears football.
In 1984, Wally and colleague Arte Moreno were recognized by local entrepreneur Bill Levin, who offered them to collaborate to develop local sales campaigns. This dynamic duo would impact the outdoor advertising business and lead to the development of a media empire. This union established Outdoor Systems, which became the #1 company within its industry. Their outdoor system had a presence in 96 of the top 100 US advertising markets. Wally held the position of Executive Vice President of Sales for Outdoor Systems, which employed over 1600 employees for 5 years. In 2001, the company was sold publicly and became Viacom Outdoor, through the merging of Infinity Outdoor, a national billboard company, and TDI, a national transit advertising company. The combination of the companies created the largest outdoor advertising company in North America. In 2003 he was named Chairman and Chief Executive Officer, overseeing the US, Canadian, Mexican and European markets. In January 2006 Viacom would be publicly traded and renamed a CBS Corporation, CBS Outdoor, with Wally holding the position as CEO. CBS Outdoor would become a billion-dollar company. In 2013 CBS would be publicly traded once more and be renamed Outfront Media, where Wally would serve as Vice President and consultant for a short while. His enormous expertise in media and advertising allowed him to begin anew with Superior Digital Displays located in New York City, where he served as CEO. Consecutively from 2014 to 2017 he acted as CEO for the Arizona Sports & Entertainment Commission preparing and directing financial or regulatory reports required by laws, regulations, and boards of directors. Wally Christopher Kelly would prove to be one of the nation’s greatest influencers in the Outdoor Advertising Industry. He was a three-term chairman and Geopath (Traffic Audit Bureau), as well as Hall of Fame Inductee of the Outdoor Advertising Association of American (OAAA) receiving the Myles Standish Award in 2007, the highest recognition award within the industry.
At the time of his death, Wally was consulting for many reputable media companies throughout the US. He developed successful restaurants within Arizona and was a pioneer in developing the entertainment district of Old Town Scottdale, Arizona.
Not only a businessman, Wally was first and foremost a family man. In 1998 Wally welcomed his son, Beau William. In 2004 Wally married Amy and her three children Hannah, Ashley, and Parker would create a beautiful family together. His love of sports reflected through his children and he was directly responsible for his son Beau and Parker’s success. His proudest accomplishment was watching Beau play football for Portland State University, as both Beau and Parker achieved national recognition for their athletic abilities as a result of his direction. He was especially influential in supporting the equestrian career of his daughter Ashley.
Wally’s love of sports was a constant in his business career as he served as a Director on the Boards of the College Football Hall of Fame, the Fiesta Bowl, and Arizona State University. Wally generously supported the Idaho State University football program and the Kelly Family Fifth Year Scholarship Program. He endowed football scholarships honoring his late brother, Michael, and father, Wally, which awarded him the President’s Medallion of Recognition. In honor of his late brother, Michael, he brilliantly created a golf tournament, the Mike Kelly Memorial, with the sole purpose of donating their proceeds to support football programs within their local community. In 2004 Wally was awarded the honor of the Distinguished Arizonan Award. Wally was a ‘LifeBird’ serving the Phoenix Thunderbirds and created a special day honoring the Special Olympic Athletes during the Waste Management events. Youth sports were dear to his heart as he coached numerous young athletes in basketball, football, and baseball.
We will celebrate the remarkable life of #13 on Friday, July 19, 2019 at St. Theresa Catholic Church, 5045 E. Thomas Road, Phoenix, Arizona. A Rosary will begin at 9:00 A.M., followed by a Funeral Mass in his honor at 10:00 A.M. A reception will follow. We will miss him every minute of every day for the rest of our lives. He was larger than life. He was “Our Superman”.
Donations may be made in Wally C. Kelly’s honor to Special Olympics Arizona, 5601 W. Mohave Street, Suite C, Phoenix, Arizona 85043.

Offer Hugs From Home Condolence for the family of KELLY, WALLY CHRISTOPHER