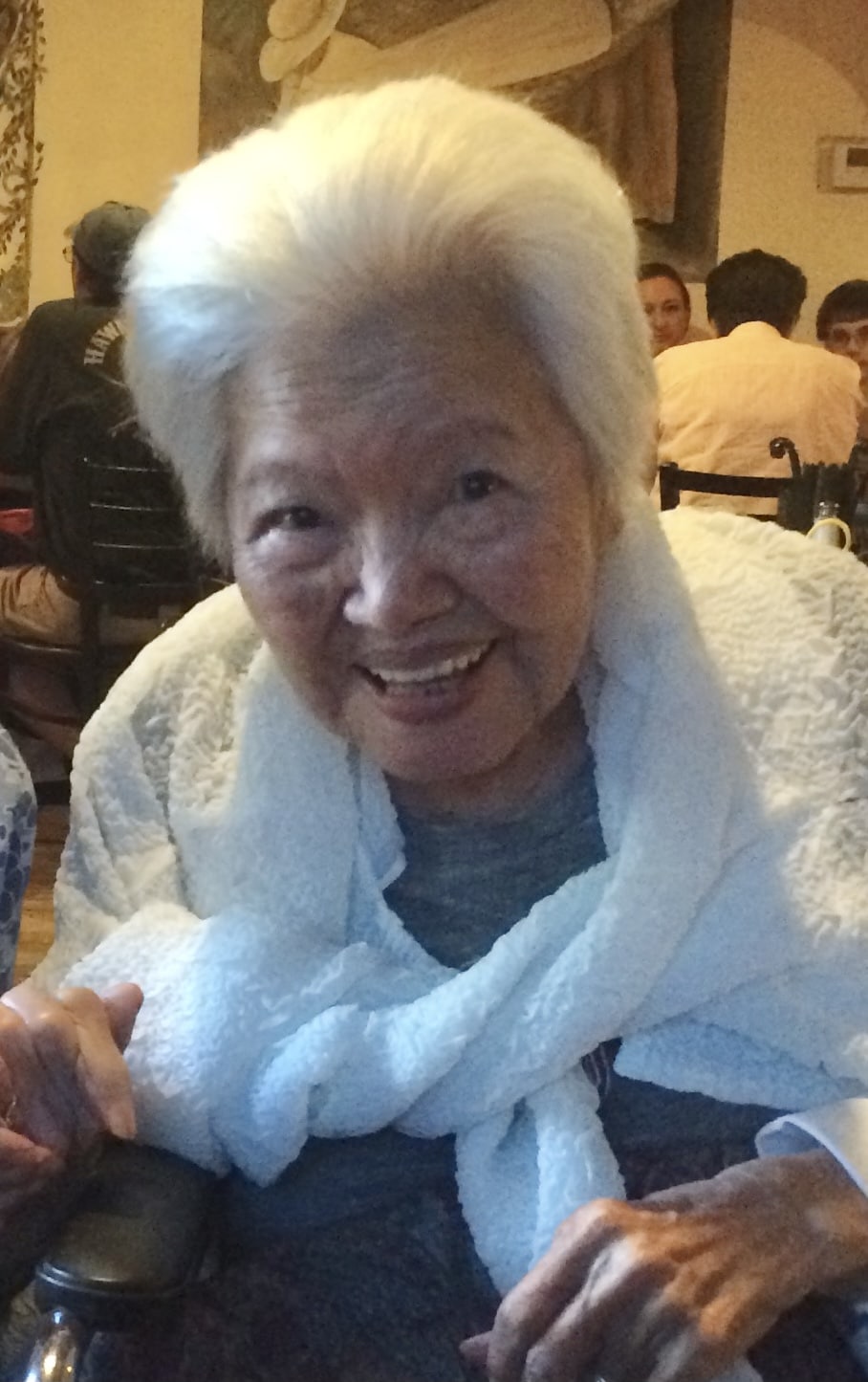 She was the first born of four siblings to the late Yoshiro and Tome Hattcho, on March 28, 1926, in Hokkaido, Japan. Ine graduated from the Sapporo College of Sewing and worked as a sewing teacher and seamstress. With her Mom Tome dying when she was a teenager and with her Dad traveling as a Merchant Marine, Ine had to be a big sister, mom & homemaker to two younger brothers and a sister.

She married the late Bruce David Kempf, and they lived together in Sapporo for a few years before relocating to Honolulu, Hawaii. Ine is survived by her son Mark Kempf of Phoenix, and his wife Anna. She is also survived by three grandchildren, Isaiah, his wife Kendall, Alana and Mariah and one great-granddaughter Lucille. Ine was preceded in death by her loving husband in 1979.

Ine was a professional seamstress and a club volleyball player in Japan. She passed her appreciation of fashion design and athletics on to her son and his family. Ine was immensely proud of her family, her faith in her Lord and Savior and leaves behind nothing but beautiful memories. As her health declined, she often repeated the quote: “Thank you Jesus!”

Private family viewing ceremony was held on Tuesday, November 17, 2020 at 3:30 p.m. at the Whitney & Murphy Funeral Home. The burial will take place at The National Memorial Cemetery of the Pacific in Honolulu, Hawaii. The family insists that people make donations to Christ Church Lutheran Church of Phoenix, in lieu of sending flowers.

Offer Hugs From Home Condolence for the family of KEMPF, INE