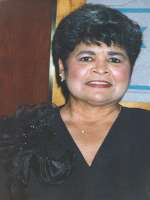 72, was promoted to Heaven on Sunday, August 21st. She is survived by her son, William Kennedy of Phoenix. June was born in New Orleans, Louisiana on August 3rd, 1939. She moved to Phoenix in 1966 where she completed her education and became an RN. Her passion and service as a professional was spent taking care of others. She worked for the Phoenix Union High School District as a school nurse at South Mountain High School, and for Blue Cross Blue Shield of Arizona as a Medical Review Specialist. She also spent time working for the Nurses Work Force. She was the President of the Delta Tempe Chapter from 1990-1992. Among her passions in life were her family, friends, and taking trips to the local casinos where she was unbelievably lucky. The Visitation will be held on Friday, August 26th from 6pm until 8pm at Whitney & Murphy Funeral Home, 4800 East Indian School Road in Phoenix. A Celebration of Life will be held Saturday, August 27th at 11am at Whitney & Murphy Funeral Home as well. In lieu of flowers, contributions should be directed to the Boys and Girls Club of Metropolitan Phoenix, in memory of June Kennedy, 2645 N. 24th Street, Phoenix, Arizona, 85008, www.whitneymurphyfuneralhome.com

Offer Hugs From Home Condolence for the family of KENNEDY, JUNE MARGUARITE