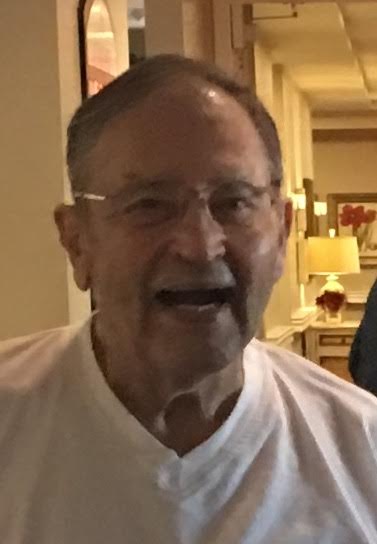 Robert Khan, Sr. Robert “Bob” Khan, Sr. peacefully passed away on February 6, 2018. He was born in Casa Grande, Arizona on November 7, 1931 to Maria Bonillas Martinez Khan and Niamat Ali Khan. Maria spoke only Spanish, and Niamat spoke only Arabic, so Bob acquired mastery of three languages very early in life. When Bob was five years old, the family moved to the Phoenix area, where they continued to farm produce, grains and cotton and raise livestock. He was a highly motivated boy, up before the sun so he could milk the cows and bundle whatever was picked from the earth the day before, deliver it to the warehouses in downtown Phoenix and still get to school on time. He was an entrepreneur from the very beginning and started his own small businesses while still attending Fowler Elementary School. Bob then attended Tolleson High School, and though he worked long hours on the family farm, was an excellent student and an excellent athlete who played football, basketball, and baseball and ran track. He earned many distinctions as a Tolleson High Wolverine, including being elected Student Body President and being recognized as the FFA Farmer of the Year. Though Bob was recruited by many colleges, including West Point Academy, he declined to attend in order to continue to help his family’s farming business. In 1956, Bob met his one and only true love, Verda Grace Ray. They were married in 1957 and began their family two years later. It was during those years that Bob became interested in real estate, and he bought and sold several apartment buildings. While he made a profit on them, he determined immediately that his future would be commercial, rather than residential, real estate. His career as a commercial real estate broker continued throughout the remainder of his life, but his entrepreneurial spirit led him into other ventures as well, namely founding, owning and operating a chain of retail fabric stores named Fabric World and then building, owning and operating a mini-warehouse business. Bob was drafted twice by the Army and though he did not especially enjoy military life, made many friends there and was discharged honorably with a duffle bag of fascinating stories about his adventures. In 1959, Bob and Verda had a son, Bob Khan, Jr., followed by a daughter, Maria Grayce Khan, in 1961. They were an inseparable family with bountiful love. The saddest day of Bob’s life came too soon, in 1977, when Verda passed away. He never remarried. Though Bob had great professional success, he was always more of a philanthropist than a capitalist. He spent a tremendous amount of time caring for those in need, both in the United States and abroad. He led missions to Mexico; he founded the Widows Aid Society to help widowed women navigate through troubled times; he donated generously to orphanages across the globe and, perhaps most meaningful of all, would give his time, talent, money – and often a home — to anybody who needed help through a rough patch. He would tell you it was all done to honor God, which was, without a doubt, the purpose of his life. Bob is survived by his sister Louise Ames, brothers Junas and Niamat; his son, Bob Khan, Jr. (and wife Peggy and granddaughters Grace and Patricia), his daughter, Maria Grayce Khan Baier (and granddaughters Elizabeth and Christiana), and many loving cousins, nieces, nephews and friends. Visitation for Bob will be from 6:00 P.M. to 8:00 P.M on February 16th at Whitney & Murphy Funeral Home, 4800 E. Indian School Rd. in Phoenix with a Rosary at 7:00 P.M. Bob’s Funeral Mass will be February 17th at 10:00 A.M. at the Our Lady of Angels Catholic Church at the Franciscan Renewal Center, 5802 E. Lincoln Drive, Paradise Valley. In lieu of flowers, we would humbly ask that you make a contribution to St. Vincent de Paul, P.O. Box 13600, Phoenix.

Offer Hugs From Home Condolence for the family of KHAN, ROBERT SR.