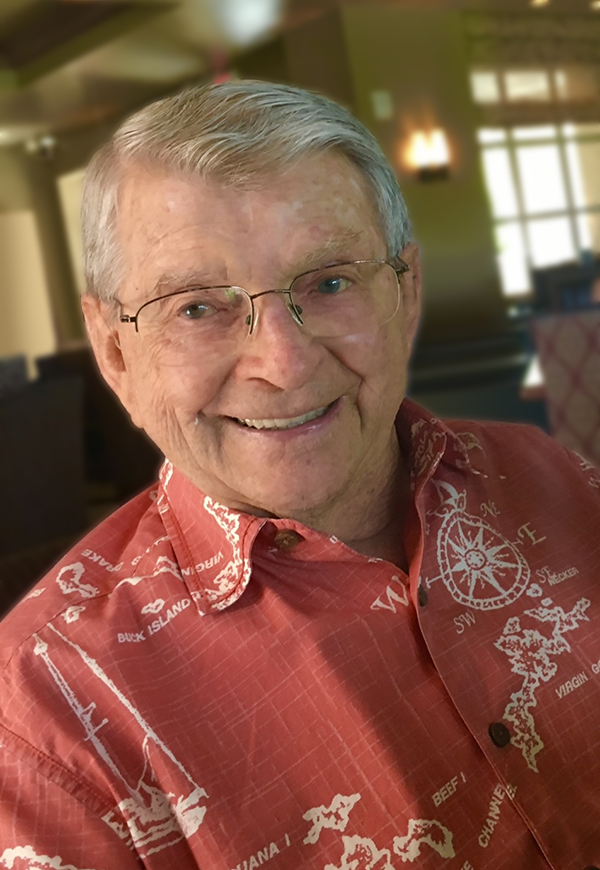 Avid golfer Anthony (nicknamed Jack by his mother) kept his life in the proverbial fairway. He passed away peacefully with family by his side at age 97. Jack was born in Shenandoah, PA the eighth of 10 children. Parents Maryanna (Mary) Stella Wegrzyn of Shenandoah and Franciszek (Frank) Stanley Kida immigrated to New York from the village of Lowisko, Poland in 1904. Frank was a coal miner who died prematurely when Jack was nine years old.

Jack had to grow up fast after the death of his father, which coincided with the end of the Great Depression when his family moved to Connecticut. He graduated from M.G. Bulkeley High School in 1942 and enlisted in the U.S. Army in 1943 along with four of his brothers (Walter, Joseph, John and James). His was one of five blue stars proudly displayed in his mother’s front window signifying their patriotic commitment to the war effort. He served as a corporal in the Intelligence Non-Commissioned Officer Psychological Division, supporting Radio Luxembourg, the Allies’ propaganda station in Germany and Central Europe. Stationed 10 miles from the Battle of the Bulge, he was awarded the Ardennes Campaign Citation.

After his service, Jack enrolled at the University of Connecticut for a year and then transferred to the University of Southern California (USC) where he graduated with a BA in International Relations. He was a member of Delta Phi Epsilon. He also met his future wife, Dorothy (Dottie) A. Capra (Akron, Ohio) at a church play while in California. He had received an acceptance letter from Harvard University Law School when Jack’s Advisor urged him to interview with an ‘outfit’ out of Washington D.C., formerly the ‘The Office of Strategic Services (OSS),’ now known as The Central Intelligence Agency (CIA). Jack referred to this as one of the pivotal times of his life.

Of course, true love waits for no one, even when one of the parties involved is experiencing a pivotal career moment. Rumor has it that it took Jack two attempts to convince Dottie to accept his marriage proposal. Jack was on assignment for the CIA in West Germany when he planned to have Dottie come for a visit and propose to her there. She thwarted this plan because she had no desire to travel by boat across the Atlantic. The proposal would have to wait until he was back in the States. They were married on April 11, 1953, in Norwalk, CA with Dottie’s sister, Alice Capra Knipe and Harold Knipe as witnesses.

Jack attended the U.S. Army School of Languages in Monterey, CA, studying Polish after his first tour of duty in West Berlin in ‘53. After completing his second tour of duty in Germany, he and his wife and first son, Jeff, visited Rome and received a semi-private visit and blessing from Pope Pius the XII. In his 23 years of service with the CIA, Jack spent 10 years as a field operative overseas to Germany, Bolivia, Vietnam and temporary duty assignments in the Caribbean and the far east.

When Jack retired from the Agency in 1973, he settled the family in Phoenix. He was a private investigator for two years before working at Garrett Turbine Engine Co. as Manager of General Services until 1987.

Jack found his passion for golf in the 60s, and he approached it with the same laser focus he applied to his language studies. His dedication paid off with two “aces”— (a hole in one) in 1986 at Thunderbird Golf Course and another at Papago Golf Course in 1987. His true reward remained the close friendships he established along the way.
Jack was an avid reader (hardcovers only, please) and an intellectual, finding balance between work and play with family and friends. The household was constantly busy with gatherings like “Yule Bocking” and playing cards with friends from St. Theresa’s. Jack and Dottie were both active members of St. Theresa’s Church and were involved with several charities. They chaired Evening Under the Stars, a major fundraising event for the Mt. Claret Center, where they served on the Board for ten years. Jack was a member of the National Council of Catholic Men, Brother to Brother International Charity, St. Vincent de Paul, Association of Former Intelligence Officers (AFIO), American Federation of Labor and Congress of Industrial Organizations (AFL-CIO) as well as the Polish Genealogical Group of Arizona.

Survivors include his children, son Jeff of Phoenix, AZ, son Paul (spouse Lynn) of Round Rock TX, daughter Frances Enzone (spouse Stephan Enzone) of Paradise Valley, AZ and son Bernie (spouse Melba) of Lawrenceville, GA. Jack was preceded in death by his wife Dottie in 2013. His grandchildren are Michael and Matthew Kida of Austin, Texas, and Sydney and Holly Kida of Atlanta, GA. He is survived by his younger brother Stanley Kida of Wethersfield, CT and nieces and nephews too numerous to list here.

The entire Kida family would like to express their sincere gratitude to the staff at McDowell Village in Scottsdale for three years of thorough care, exceptional comfort and a vibrant, friendly community.

In lieu of flowers, the family asks that you consider donating to one of the following charitable organizations:
● Andre House: https://andrehouse.salsalabs.org/givenow/index.html,
● St. Matthews School: https://www.stmatthewsschool.com/apps/pages/WaysOfGiving
320 Nth 20th Drive
Phoenix, AZ 85009
email: Colivera@stmatthewaz.org
Thank you in advance for honoring the memory of Jack by sharing your good will.

Offer Hugs From Home Condolence for the family of KIDA, ANTHONY JOSEPH