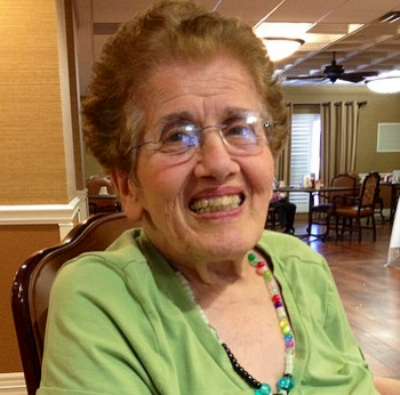 Nora Kirkish passed away peacefully in Phoenix, Arizona on November 15, 2014. Nora was born in Sudbury, Ontario, Canada to Peter and Nabiha Davis. The Davis family moved to Phoenix in 1947. Nora graduated from St. Mary’s Catholic High School in Phoenix in 1948. Shortly after, she met her husband, Robert (Bob) Kirkish and married on April 22, 1957 in Phoenix, Arizona. She moved to Sunnyvale, California where she and Bob raised their two sons: Allan and Colin. Nora and Robert moved to Phoenix in 2006. Nora was proud to be Syrian/Lebanese and shared that love with her husband, who was also Lebanese. Nora enjoyed The Food Network, sharing her opinions, and was a competitive Bingo player. Nora is preceded in death by her parents, Peter and Nabiha Davis; husband, Robert Kirkish; and two sons, Allan and Colin Kirkish. Nora was a devoted wife of fifty years and mother. She was a devout Catholic and a long time parishioner at St. Martin Catholic Church in Sunnyvale, California. Nora is survived by her six brothers and sisters: Helen Petersen, Genevieve Gedeon, Joseph Davis, John (Evelyn) Davis, Paul (Shirley) Davis, and Pauline (Jim) Hamra. She will be missed by her many nieces and nephews. The funeral mass will be held at St. Thomas the Apostle Catholic Church, 2312 E. Campbell Avenue, in Phoenix, AZ on Friday, November 21, 2014 at 10:30am. In lieu of flowers, please donate to Catholic Charities in memory of Nora Kirkish to Catholic Charities, 4747 North 7th Avenue, Phoenix, AZ 85013, (602)650-4827, http://www.catholiccharitiesaz.org. Arrangements entrusted to Whitney & Murphy Funeral Home.

Offer Hugs From Home Condolence for the family of KIRKISH, NORA M.