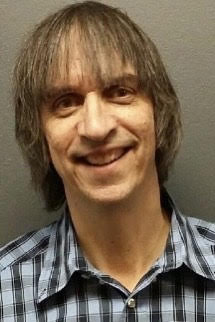 Robert Joseph Klem, 65, died peacefully in his sleep on Monday, March 9, in Phoenix, following a long battle with Multiple Myeloma.

Born in Rochester, N.Y., on March 18, 1954, the son of Gerard and Alice Klem, Robert moved to Phoenix in 1979, where he was employed by the Phoenix Public Library and CopperPoint Insurance Companies.

Bob was a walking encyclopedia on the Beatles, loved rock & roll music, and enjoyed reading and watching sports and movies. He especially enjoyed old-time comedy, including Jerry Lewis, the Marx Brothers and Three Stooges.

Bob was preceded in death by his parents and his brothers Jim and David. He is survived by his sister Nancy Koran (Bob) of Bethesda, MD, and his brothers Don (Barbara) of Auburn; Ken of Garner, N.C.; Bernie (Kay) of Dalton, Mass.; and Joe (Jean) of Arlington, VA. He also leaves many nieces and nephews.

Funeral services will be private. In lieu of flowers, memorial contributions may be made to the International Myeloma Foundation https://www.myeloma.org/or the Hearing Loss Association of America https://www.hearingloss.org/.

Offer Hugs From Home Condolence for the family of KLEM, ROBERT JOSEPH