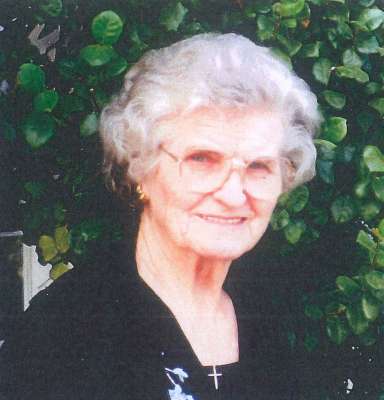 95, of Phoenix, passed away March 2, 2016. She was born in Poland on January 6, 1921 and moved to Arizona in 1979 from Connecticut. Having survived Siberia, she was on the staff of the Polish Orphanage in the Polish Refugee Camp in Tengeru, Africa (then British East Africa), from 1942 to 1948.  She is survived by her daughter Hedy Kasprzak and three granddaughters, Genevieve, Victoria and Delia. Visitation will be from 6:00-8:00pm with a Rosary at 7:00pm on Monday, March 7, 2016 at Whitney & Murphy Funeral Home, 4800 E. Indian School Road, Phoenix. Funeral Mass will be at 11:30am, Tuesday March 8, 2016 at Our Lady of Czestochowa Church, 2828 W. Country Gable Drive, Phoenix. Burial will take place in Pennsylvania at our Lady of Czestochowa Cemetery, Doylestown.

Offer Hugs From Home Condolence for the family of KLIM, REGINA