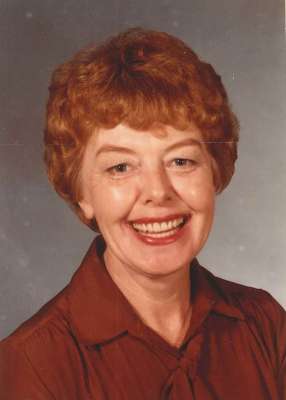 80, of Phoenix, AZ passed away peacefully on Sunday, January 25, 2015. Janet was born January 21, 1935 in Burlington, North Dakota to Cecil and Edna Cyrus, and was raised near Baudette, Minnesota on Lake of the Woods with her sisters Nadine, Barbara and Myrna. Janet excelled at being a proud teacher, mother and grandmother. The joy of being a part of so many wonderful young lives during her long teaching career was an immense source of pride to her. After graduating from the University of North Dakota, Janet began her teaching career in 1957 at Omaha Technical High School in Omaha, NE. After taking time away to raise her two sons Mike and John, Janet resumed her career in 1969, teaching elementary school. After the Knihnisky family relocated to Phoenix, AZ in the early 1970’s, Janet started teaching at the St. Thomas Apostle School in 1975, where she taught second grade for 25 years. Janet was preceded in death by her father Cecil, mother Edna, and sister Myrna. Janet is survived by sons Mike (Nancy), John (Kim), her sisters Nadine, Barbara, and her grandchildren Nick and Katelyn, who loved their grandmother immensely and will deeply miss her. A service in Janet’s memory will be held at Whitney & Murphy Funeral Home, 4800 East Indian School Road, Phoenix on Saturday, February 7, 2015 at 3:00 PM. In lieu of flowers, contributions may be made in Janet’s name to the Arizona Animal Welfare League (Janet was occasionally known to point out: “you know, dog is God spelled backwards”), or the Make A Wish Foundation.

Offer Hugs From Home Condolence for the family of KNIHNISKY, JANET L. (CYRUS)