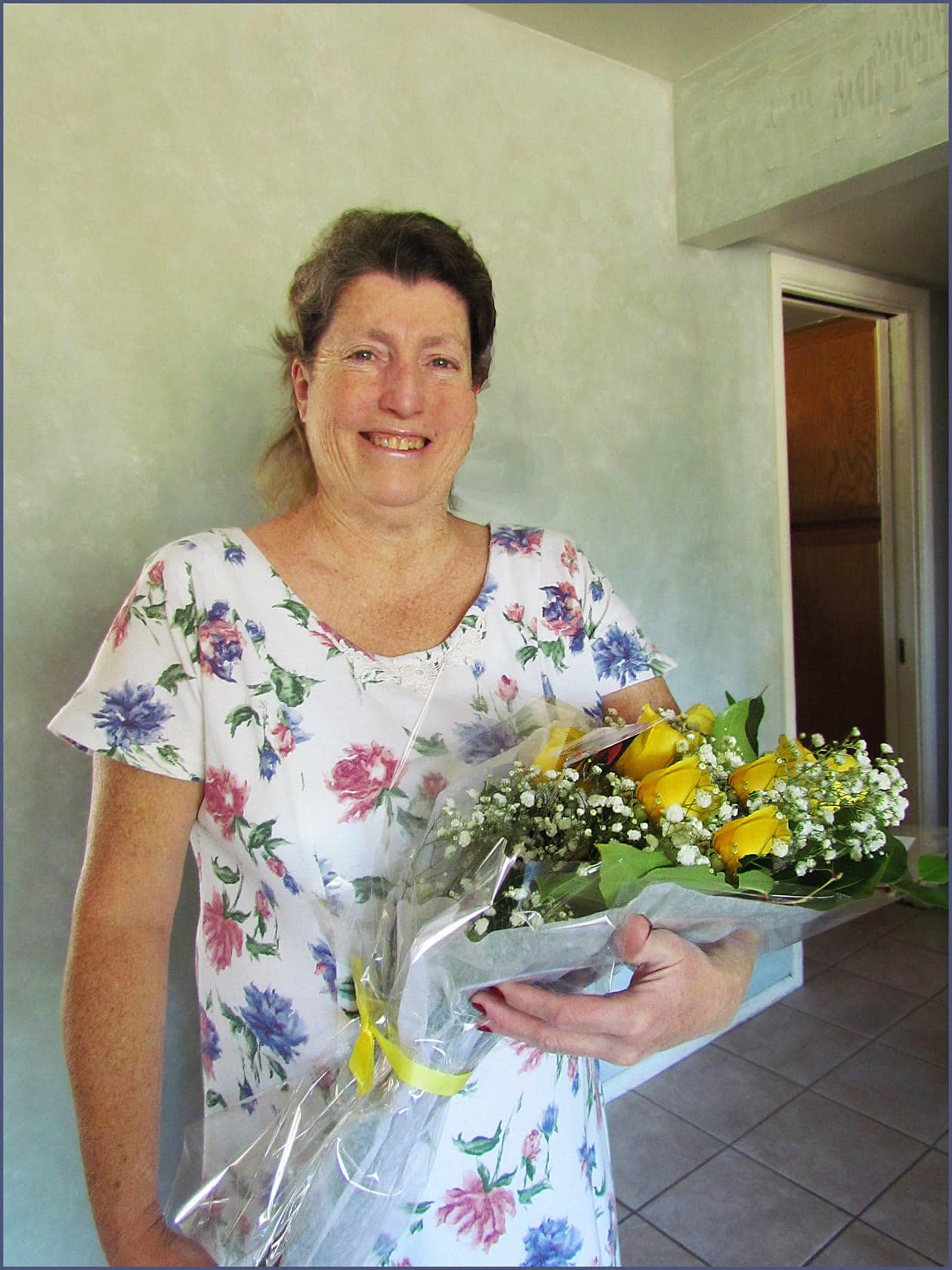 Loving wife, mother, and sister Maria Joan Knuppel Walag passed away suddenly in the evening hours on Sunday, November 8, 2020 in Mesa, Arizona. She lived 61 beautiful years of life.
Maria was the born on February 6, 1959 in Brooklyn, New York to Robert and Eileen Knuppel, with a big heart and intense compassion. They lived in Weehawken, New Jersey, until the family moved to Leonia, New Jersey, where she grew up the oldest alongside her three siblings, Bernadette, Clare, and Barry.
Attending Catholic school as a straight-A student throughout childhood, Maria loved sewing, knitting, crocheting, baking bread from scratch, and traveling to Europe, but her real love from an early age was music. Some of her favorite artists were Barbara Streisand, George Harrison, and The Beatles. She had a talent for piano – Maria played in Carnegie Hall at age 11, wrote her own songs, and taught lessons in her teens. The family enjoyed her musical gift; her mother would sing along from the kitchen while she practiced.
In her late twenties, she met her future husband of 27 years, Charles Walag and they moved from New Jersey to the Phoenix, Arizona area. They married March 7th, 1994, and had a son, Christopher. She is survived by him, her three siblings, her stepmother, Bette, her two stepsons, Chuck and Frank, and two grandchildren, Robert and Kendall.
A visitation service will be held on Tuesday, November 17, 2020 at Whitney & Murphy Funeral Home, 4800 East Indian School Road, Phoenix, AZ from 4:00 – 7:00 PM, with a Rosary starting at 6:00 PM. People are encouraged to share stories during these hours.
A funeral mass will be celebrated the next morning at St. Theresa Catholic Church, 5045 East Thomas Road, Phoenix, AZ on Wednesday, November 18, 2020 at 10:30 AM, with early words shared from 10:15 – 10:25 AM. Condolences and Hugs from Home may be expressed at www.whitneymurphyfuneralhome.com.

Offer Hugs From Home Condolence for the family of KNUPPEL WALAG, MARIA JOAN