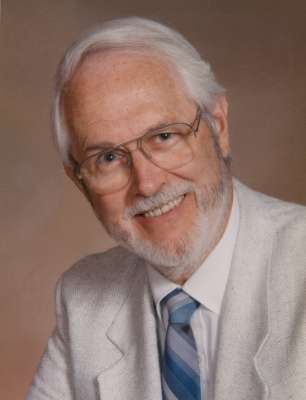 John Reid Konves, 88, of Phoenix, Arizona, was reunited with his wife in heaven at 1:45 p.m., on May 3, 2017. He was born March 9, 1929 in Mansfield, Ohio to Michael Konves and Judith (Lanzenlechner) Konves.  He is survived by his five children: John Konves (Sherolyn), Jane Konves Monson (Russ), Mary Anne Konves Randl (Tom), James Konves (Susan), and Paul Konves (Jacqueline); 16 grandchildren: Michael Konves, Stephen Konves (Gwen), Krista Konves, David Konves, Daniel Konves, Anna Konves, Sarah Konves, Nathan Monson, Gregory Monson (Gina), Tommy Randl (Brittany), Tim Randl, Megan Konves, Gwendolyn Konves, Madison Konves, Adrianna Konves, and Mackenzie Konves; and 6 great-grandchildren: Eliana Konves, Kaylee Konves, Adalyn Konves, Harper Randl, Paisley Randl, and Charlotte Randl coming in July. He is also survived by his siblings Clara (Konves) Baer and Bruce. He is preceded in death by his wife, Margery; his parents, Michael and Judith; and siblings Richard, Margery, and Emery. John and Marge were married on July 8, 1951. In 1958, they moved with their first two children to Phoenix, Arizona where the other three children were born. John devoted his life to God, to his wife, and to his children. After coming to Arizona, he starting working at AiResearch in 1959, and retired in 1993. In the early 1960’s, his instrumentation laboratory skills allowed him to play a part in NASA’s space program. A highlight of his career at AiResearch was designing and building the first 24-channel slip ring. He could create or repair anything in his workshop that was equipped like a hardware store. He transformed a jumbled heap of 1920 Model “T” parts into a functioning vehicle that he proudly drove. His expertise ranged from restoring an historic home and antique clocks, to projects at the homes of his children and grandchildren. He passionately served on his church’s Missions Council and taught a Sunday school class for young married couples. He enjoyed challenging crossword puzzles. He read through the Bible seven times. Above all, he loved to spend time with his family. When the children were young, they made countless road trips across the country and to the beach. In later years, he and Marge fell in love with Hawaii and Europe. After Marge was paralyzed in a car accident in 1991, he spent 26 years as her devoted caregiver. Only two months ago, he lost the love of his life. Johnny and Margie are together once again. His wisdom, strong morals, quiet nature, and Godly values will be missed by all. The Memorial Service will be at Bethany Bible Church, 6060 N. 7th Avenue, Phoenix, Arizona 85013, on Sunday, May 21, 2017, at 3:00 PM.  The Committal Service will be at the National Memorial Cemetery of Arizona, 23029 N. Cave Creek Rd., Phoenix, Arizona, 85024, on Monday, May 22, 2017, at 9:00 AM.  In lieu of flowers, memorial contributions can be made to World Gospel Missions, P.O. Box 948, Marion, Indiana 46952-0948, Attn: Dan Galat-Kenya

Offer Hugs From Home Condolence for the family of KONVES, JOHN REID