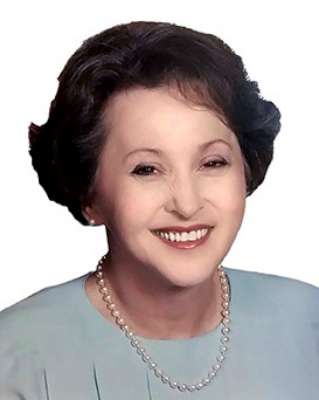 Margery Anne (Galat) Konves, 87, of Phoenix, Arizona, went to be with the Lord at 10:30 a.m. on February 27, 2017, at Hospice of the Valley in Scottsdale, Arizona. She was surrounded by the love of her family in the days prior to her passing. She was born December 25, 1929, in Akron, Ohio, to John Galat and Anna (Schmidt) Galat, their fourth of 16 children. She is survived by the love of her life, and husband of 65 years, John Reid Konves. She is also survived by her five children: John Konves (Sherolyn), Jane Konves Monson (Russ), Mary Anne Konves Randl (Tom), James Konves (Susan), and Paul Konves (Jacqueline); 16 grandchildren: Michael Konves, Stephen Konves (Gwen), Krista Konves, David Konves, Daniel Konves, Anna Konves, Sarah Konves, Nathan Monson, Gregory Monson (Gina), Tommy Randl (Brittany), Tim Randl, Megan Konves, Gwendolyn Konves, Madison Konves, Adrianna Konves, and Mackenzie Konves; and 6 great-grandchildren: Eliana Konves, Kaylee Konves, Adalyn Konves, Harper Randl, Paisley Randl, and baby-girl Randl coming in July. She is preceded in death by her parents John and Anna and siblings Lillian, John, and Philip; and survived by her siblings Ruth, Wilma, Esther, Daniel, David, Judith, Grace, Gene, Joy, Carol, Albert, and William.

Marge and John were married on July 8, 1951, in Akron, Ohio, and settled in Mansfield, Ohio. In 1958, they moved with their first two children to Phoenix, Arizona, where the other three children were born. Marge spent her life devoted to serving her husband, children, grandchildren and great-grandchildren. She was a member of the Valley Garden Center, enjoyed decorating her church with flowers every week, and with her talent created beautiful arrangements. She was willing to try anything, at least once, and even joined a bowling league for a short while. She was a friend to all and was known for her smile. Marge, and her husband John, were known for their hospitality and opened their home to anyone, including college kids who were unable to get home for a holiday and needed a meal or a place to stay. She enjoyed traveling, taking several trips to Europe and Hawaii. Her adventurous side found her riding the rapids on the Colorado River, biking 16-miles down Mt. Haleakala, camping in thunderstorms and riding a zip-line in Germany. On June 15, 1991, her life changed forever and she was left paralyzed. Even so, she had a zest for life and was able to celebrate her 50th anniversary in New York City. She continued to “keep house” for the next 26 years. Marge’s devotion to her family never ended, nor did her family’s devotion to her. Her strength and courage will be missed by all.

Offer Hugs From Home Condolence for the family of KONVES, MARGERY ANNE (GALAT)