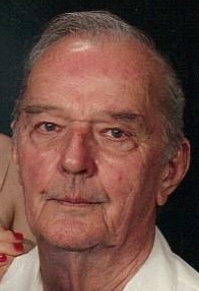 Koster, Charles Allen, 90, passed away August 30th, 2019 in Phoenix, AZ. He was born August 8th, 1929 in Tulsa OK, to Raymond Charles Koster and Margaret Irene Cockriel. Raised in Tulsa, Chuck attended Will Rodgers High School and was on the school track team. He enrolled at the University of Oklahoma, however his college was interrupted by the Korean War. Chuck served in the US Air Force for four years from 1950-1954, including a year in Korea with the 49th Air Division during the war there. After his military service he graduated from the University of Oklahoma with a degree in electrical engineering, where he met and married the love of his life Estella. They moved to Phoenix in 1957 and he began working for Motorola Company. While there he worked on projects for the Jet Propulsion Laboratory in California, and later the designing and building of communications systems for the Apollo projects, including the Lunar Landing Vehicles. During this time he obtained his private pilot’s license, and co-owned and flew a small aircraft. He had many hobbies, and also spent countless days traveling across Arizona with his sons and grandsons on fishing and hunting trips. In the late 1970’s, he started his own business designing and building location systems for light aircraft, and doing some military contracting. He continued to own and operate the business until very recently. This business continues today, run by his son David. He is survived by his wife of 65 years, Maria Estella Koster, Four children; Susan Holiday (Gordon), Daniel Koster, David Koster (Sandra), and Steven Koster, seven grandchildren, and six great grandchildren. He was an exemplary family man, and always helped anyone he saw who needed help. He possessed an incredibly sharp wit, and dry sense of humor, and could find his sense of humor in any situation. He will be very much missed by his family and everyone who knew him.

Offer Hugs From Home Condolence for the family of KOSTER, CHARLES ALLEN