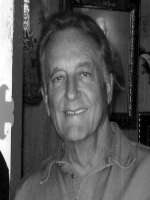 Jeffrey Karl Kracht, aged 70, passed away peacefully on October 28th, 2012, surrounded by his family. Jeffrey had a kind, loving heart, and was an adoring husband, father, and grandfather. Happiness to Jeff took the form of family gatherings, BBQs, golf, summer on the beaches of San Diego, landscaping, enjoying his children and grandchildren, and keeping current with scientific discoveries. Jeff was born in Detroit, Michigan, November 10th, 1941, to Henry and Bernice Kracht (both deceased). He is survived by his loving wife of 49 years, Sharon; his sons James (Cristin), and Michael (Jessica), granddaughters Bailey (12), and Paige (6), as well as his younger brother James (Angie) and younger sister Mary Katherine, and many loving nieces, nephews, relatives, and friends, near and far away. Jeff graduated from North High School in 1960, and went on to Arizona State University, obtaining a Master’s in Civil and Environmental Engineering in 1966. Throughout his career, he earned numerous titles, honors, and accolades. He was a registered Professional Engineer in Arizona, New Mexico, Nevada, California and Michigan. His belief in the civilizing power of science, clean water and the protection of the environment was always on display, both professionally and in his own marvelous back yard, which he spent years perfecting, to the perpetual delight of everyone who experienced it. Jeff’s sudden passing has left a gaping chasm in our lives and hearts, but we take comfort knowing the world became a better place because he was in it. His unconditional love and generosity will shine on forever. A celebration of his life will be held on Saturday, November 3rd, 2012 at 1:30PM at Buster’s Restaurant on the Lake, located in the Mercado Del Lago Center, 8320 N. Hayden Road, Scottsdale, Arizona, 85258. In lieu of flowers, donations can be made in Jeffrey’s name to the Origins Project at Arizona State University (origins.asu.edu), St. Mary’s Food Bank www.firstfoodbank.org, Phoenix Children’s Hospital www.phoenixchildrens.com, and the Arizona Humane Society www.azhumane.org.

Offer Hugs From Home Condolence for the family of KRACHT, JEFFREY KARL “JEFFE”