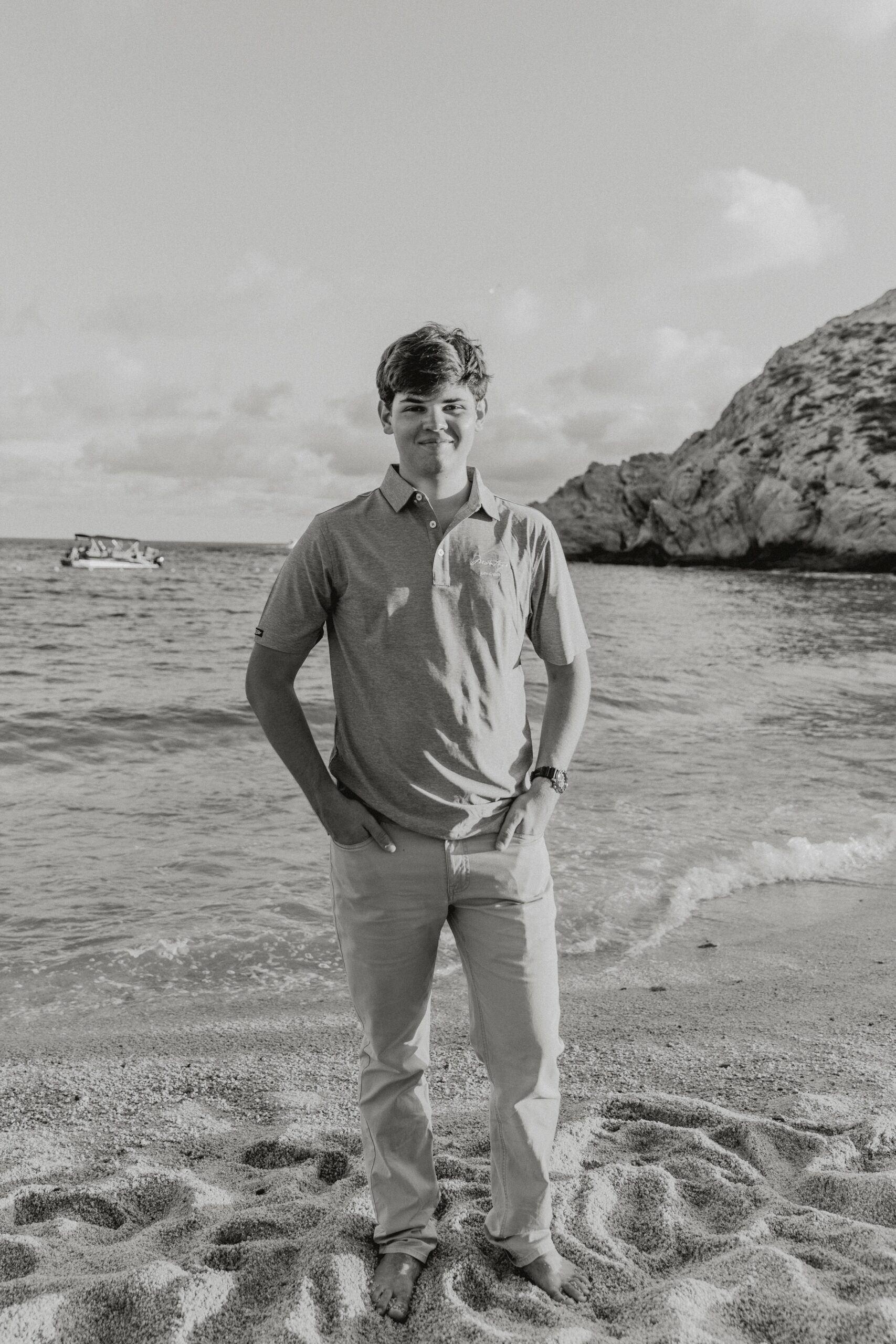 “He was blessed with all but years..”

It is with deep sadness that we announce the death of George Ferris Kroeger, Jr.

George passed away unexpectedly in his sleep on April 20th, 2022 while visiting his beloved family in St. Louis. He was born in Paradise Valley, Arizona on June 18th, 2003 and was just shy of his 19th birthday.

George was an individual who transcended his age. He was referred to as an ‘old soul’ from the time he was very young. To the many who knew and loved him as a child he was affectionately called ‘Baby George’. Soft-spoken and reserved in nature, George was exceptionally intelligent with a fantastically dry sense of humor. He traveled far and wide for a young man. Some of his happiest moments were exploring London, Oyster card in hand, running around on the Tube but arguably some of his most content days were spent close to home with friends and family at Forest Highlands in Flagstaff, Arizona.

He attended Christ Church Pre-School where he made many friends with whom he remained in contact with his entire life. He went to grade school at The Phoenix Country Day School and later St. Thomas the Apostle, from which he graduated. To his grade school friends, he was simply ‘Kroego’.

In 2018, he entered high school at Brophy College Preparatory in the Honors Program, where he re-connected with friends from pre-school, grade schools, and sports. George’s life came together for him as his passion for school, rowing, and above all, friends, converged. He had many hobbies he pursued from sailing to skiing to tennis but the one common thread was that he approached them all as he did life: with an overwhelming sense of zeal. Academics were a strong suit for George and he was extremely fond of many of his teachers and mentors at Brophy who helped him navigate his teenage years. They engaged him in course work but also extracurricular pursuits such as the Stock Club and perhaps most importantly, took great interest in developing him into a ‘man for others’ through hours of volunteer work abroad and in the community.

George was a few weeks away from graduating from high school and had just solidified his plans to shadow medical professionals this summer and fall in Tanzania to explore his passion for medicine. For those he helped with his intuitive medical knowledge he was affectionately, “Dr. George.” With much anticipation, he was planning a Spring Start at SMU in 2023 in the Biology (major) and Health Sciences (minor) Department to pursue his dream of finding better treatments for mental health disorders.

George is preceded in death by his maternal grandmother, Sophie Lee. He is survived by an extended family who cherished him: his mother, Nicole Lee Roberts, adoring sister, Sophie Kroeger, with whom he was especially close, stepfather, Thomas Roberts, and grandfather, John Lee of St. Louis. He had many adoring aunts and supportive uncles: Cynthia Lee and Mike Latta of St. Louis and Terri and John Lee of Ft. Worth in addition to his many loving step-aunts and uncles in the Roberts family. His cousins Graves Gladney, Madeline and Caroline Lee, and Grace, Kaelyn, and Rocksy Kroeger will always carry George in their hearts. His step siblings Brittney and Evan Boff, Cameron and Elyse Flint, Michael Roberts, half-brother Wyatt survive him. Grandparents Hal A. Kroeger of St. Louis and Carole Kroeger of West Palm Beach, Father, George Kroeger Sr. and his aunt and uncle Heather and Rockwell Kroeger of Aspen all survive him.

George’s family is beyond grateful for the outpouring of prayers and kind thoughts. Should anyone want to make a tribute to George, a memorial may be sent to the GFK, Jr. Medical Scholarship Fund www.gfkjrmedicalstudentfund.org
The goal of the Fund will be to fulfill George’s dream of developing better treatments for mental health disorders through scholarships for other prospective students.
Donations may also be sent to The Arizona Humane Society to carry on George’s love of all animals, especially dogs. https://www.azhumane.org/memorial-and-tribute-gifts/

Funeral Services will be held at 6:00 pm on Saturday, May 7, 2022 at The Franciscan Renewal Center. ‘The Casa’ is located at 5802 E. Lincoln Dr. Paradise Valley, AZ 85253. Reception will follow at a separate location. Condolences may be expressed at www.whitneymurphyfuneralhome.com

Offer Hugs From Home Condolence for the family of KROEGER JR., GEORGE FERRIS