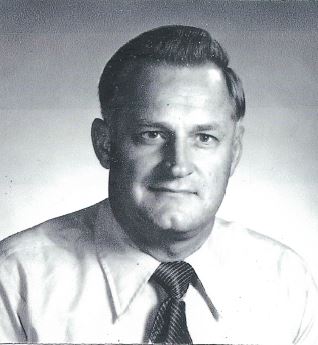 Walter Henry Kubis, 91, beloved husband to Sylvia, loving father to Jean (Kenneth) Podborny, Walter Patrick Kubis, Barbara (Charles) Kitay, grandfather to Jessica (David) Hughes, Cory, Michael and Kyle Kitay, great-grandfather to Jacob and Michael Hughes and brother to Johanna Decker, went peacefully to his heavenly reward with his bride of 69 years by his side. He was preceded in death by his parents, his son Walter Patrick and three brothers John, Joseph and Raymond Urban. He was loved by all and will be greatly missed.

Walt was born on August 16, 1928 in Brooklyn, N.Y. to Julia and Paul Kubis. He graduated from New York University and later with his family had transferred to Calais, France to work on the Transatlantic Cable Project for Western Electric. After 18 months, the Kubis family returned to N.Y. prior to moving to Phoenix, AZ in 1966. He was stationed at Motorola as a Filed Quality Manger for the western states. He retired after 38 years of service from AT&T. He was highly active at St. Theresa Catholic Church and Gerard Catholic High School, where he served as the president of the athletic booster club. Walt loved to play bridge and supervise all family projects.

The Funeral Mass will be celebrated on Tuesday, May 26, 2020 at 10:00 A.M. at St. Theresa Catholic Church, 5045 E. Thomas Road, Phoenix with a Graveside Service following at St. Francis Catholic Cemetery. Condolences and Hugs from Home may be expressed at www.whitneymurphyfuneralhome.com

Offer Hugs From Home Condolence for the family of KUBIS, WALTER H.