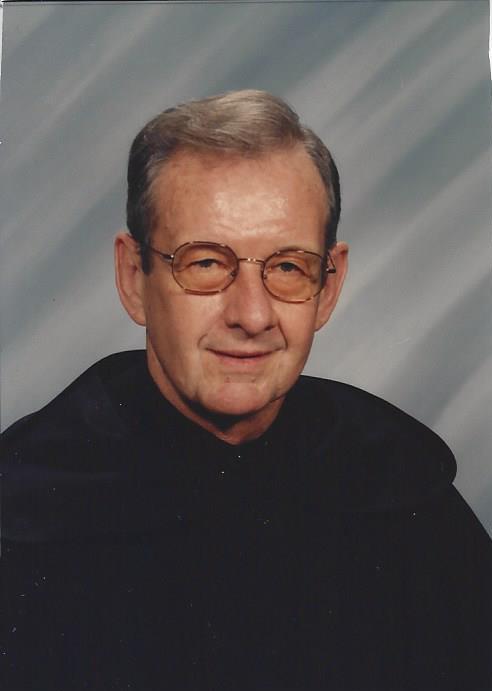 The Province of the Most Pure Heart of Mary, Order of Carmelites, mourns the death of the Reverend Charles Kurgan, O.Carm., who died at the age of 77 on November 21, 2016.

Father Charles was born to (the late) Frank Kurgan and (the late) Mary Gertrude (Redman) Kurgan on December 5, 1938, in Chicago, Illinois. His name at baptism was Charles Francis Kurgan. He is survived by his brother Frank and by his sisters Patricia, Kathleen Hamby and Julie Flink, and his nieces and nephews.

Charles attended St. Christopher Grade School in Midlothian, Illinois, and Joliet Catholic High School in Joliet, Illinois. He entered the Carmelite pre-novitiate at Mount Carmel College in Niagara Falls, Ontario, after graduating from high school in 1956; and in 1958 entered the Carmelite novitiate in New Baltimore, Pennsylvania. He professed simple vows to the Carmelites in the Province of the Most Pure Heart of Mary on August 15, 1959, taking the religious name of Anselm.

He began his ministry in September 1966 teaching and counseling at DeSales High School in Louisville, Kentucky, until June 1974. During that time he also taught theology part-time Catherine Spalding College from 1967 to 1968. In 1974 he was appointed youth minister at St. Agnes parish in Phoenix, Arizona. During that time he also taught moral theology and liturgy at the Kino Institute, was Vicar for the Office of Worship for the Diocese of Phoenix, was campus minister at Mesa and Scottsdale Community Colleges, and was also the local vocation director.

In 1979, Father Kurgan taught humanities and was assistant principal of academics at Salpointe Catholic High School in Tucson, Arizona. While in Tucson, he also served at Christ the King Parish in Mesa, Arizona, and was the campus minister at Mesa and Scottsdale Community Colleges. Afterwards, from 1984 to 1987, he studied at the Phillips Graduate Institute of the California Family Study Center in North Hollywood, California, where he also served as intern therapist and as a student-teacher supervisor at Loyola Marymount University in Los Angeles, California.

From 2002 to 2003, Father Kurgan served as parochial vicar at Saint Jane Frances de Chantal Parish in North Hollywood. From 2003 to 2006, he served as counselor at The Meadows, a counseling ministry in Wickenburg, Arizona. In December 2006, he moved to St. Thérèse Priory in Phoenix, Arizona, and in July 2010, was named Prior of the Carmelites in Phoenix, Arizona. He remained a resident at St. Thérèse Priory until his death.

May he rest in peace. For further information on the Reverend Charles Kurgan, O. Carm., or the Order of Carmelites contact Carmelite Media at (630) 971-0724 or visit the Carmelite website at www.carmelnet.org.

Offer Hugs From Home Condolence for the family of KURGAN, CHARLES, O.CARM.