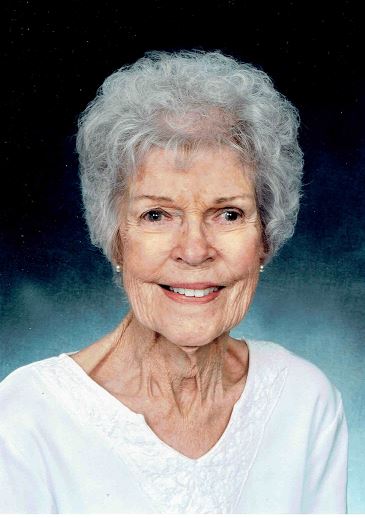 Shirley McNeil Wedepohl Bronski Larkin passed peacefully surrounded by family on August 6th in Scottsdale, Arizona.
A lifelong Arizonan and proud Democrat, Shirley firmly believed that family was everything. Nothing made her happier than spending time with her family celebrating holidays, birthdays, graduations, dance and music recitals, all kinds of athletic events, weddings and pretty much “the first anything.” Shirley loved spending time at “her beach” in San Diego along with trips over the years to New York and back to her Mother Land of Ireland.
Dedicated to giving back to her community, Shirley volunteered many hours with the Clarets at Sacred Heart Church in Prescott, as well as the Diocese of Phoenix. Shirley would be most proud of her time spent supporting the Maricopa County Democrats including her 1984 run for the Arizona House of Representatives and selection as an alternate delegate for Presidential Candidate Ted Kennedy.
Shirley never met a stranger she wouldn’t adopt, inviting strays from church and politics to become part of her ever growing family. Shirley believed in the best in everyone and always made everyone feel so special.
Shirley is survived by her husband Mark A. Larkin, Jr., who she married on May 11, 2001, sister Judy Bee (Jeff Denning), sister-in-law Detta Sullivan, children Jerry, Maureen and Partick Wedepohl , Mary Gibson Maceyko (Gary), Jennifer Dangremond and Margot Bronski, grandchildren Venissa, John Paul, Sarah, Robert, Theodore, Vance, Aaron (Megan), Hayley, Shannon, Bethany, Katie, Erin (Efren), Ryan (Adrian) and Jackson, great grandchildren Shelby, Hank, Derek, Adrian and Alex.
She is preceded in death by parents, her first husband Paul J. Wedepohl, her second husband Francis J. Bronski, brother Daniel Mercer Sullivan, daughter Karen Springer and son-in-law Bob Gibson.
We will all remember her sense of humor and honor the lessons she instilled in all of us: the importance of faith, family and food.
A rosary and memorial mass will be held on Saturday, August 10, 2019 at 10:00 A.M. at the Old Adobe Mission Church at 3817 North Brown Avenue in Scottsdale. Reception following.

Offer Hugs From Home Condolence for the family of LARKIN, SHIRLEY