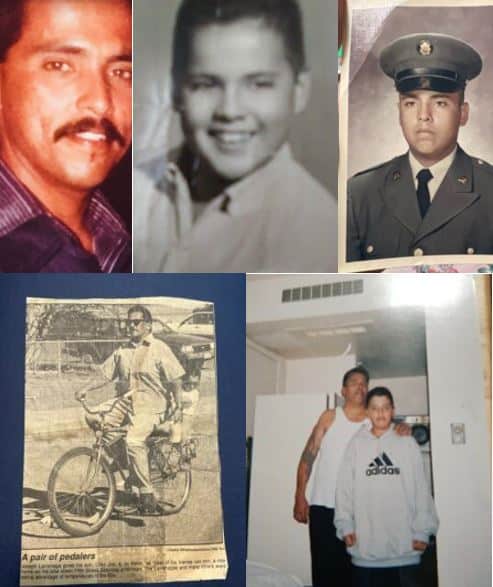 Joey Larranaga, 69 of Phoenix, AZ, passed away on July 23, 2022 at Camelback Post-Acute Care. He was born in Phoenix, AZ on February 13, 1953 to Joe and Nellie Larranaga. Joey served in the United States Army. He is preceded in death by his wife Esther and his dad Joe. Survived by his mother Nellie, his companion Cecilia; sisters Cindy, Diana, Norma, and Laura; brother Alfred; three sons, three daughters, several grandchildren, eight great grandchildren, and several nieces and nephews.
A Visitation will be held from 8:00-9:00 am on Thursday, August 4, 2022 with Rosary prayers at 9:00 am at Whitney & Murphy Funeral Home, 4800 E. Indian School Rd., in Phoenix, and a Funeral Mass to immediately follow at 11:00 am at Immaculate Heart of Mary Catholic Church, 909 E. Washington, in Phoenix. Burial will take place at St. Francis Catholic Cemetery, 2033 N. 48th St., in Phoenix. Condolences may be expressed at www.whitneymurphyfuneralhome.com

Offer Hugs From Home Condolence for the family of LARRANAGA, JOEY