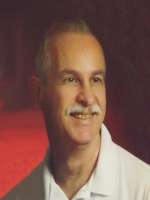 Michael Thomas Larriva passed quietly at his home on July 3, 2013.  He was born October 31, 1940, and was raised in Tucson. He graduated twice from the University of Arizona with Bachelors and Masters Degrees in Electrical Engineering.  Recruited out of college by IBM, he was an early pioneer in the computing industry.  He studied at Stanford University working toward a PhD where he also helped develop the loading program for Pascal. During a 50-year career, 30 years with IBM, he became a world-recognized expert in his field.

Mike was a devoted husband, father, brother, grandfather and brother-in-law, always putting others before himself.  He actively supported his family through youth soccer leagues and his involvement in his church community.  He enjoyed time with his friends and family playing cards, attending Diamondback games, playing indoor soccer, musical concerts, and any kind of family gathering.

Mike was preceded in death by his wife of almost 50 years, Barbara Olson Larriva, and his parents Genaro Amado “G.A.” Larriva and Evelyn Medora Larriva (nee Francies).  He is survived by their three children, Amanda Larriva Deen (Brent), Maija Larriva-Johnson (Phil) and Michael A. Larriva (Stefanie); and four grandchildren, Jessica Deen, Alex Deen, Kennon Larriva and Sydney Larriva.  He is also survived by his siblings, Lionel F. Larriva, Sylvia Larriva Swyryd and Victoria Larriva, as well as by his brother-in-law, Bill Olson.

Offer Hugs From Home Condolence for the family of LARRIVA, MICHAEL THOMAS