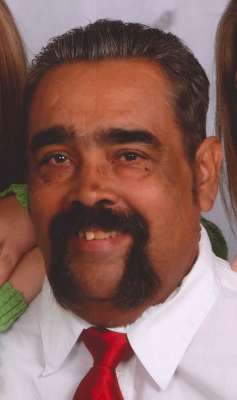 59 years of age, known to many as Tim and to family and friends as Timmy, resided in Glendale, AZ. He lost his battle with Pancreatic Cancer on May 1st, 2015 at 5:30am. Tim was born to Clarence and Inez LaToure in San Diego, CA on April 15th, 1956. Tim graduated from St. Augustine class of 1974. Tim held many occupations over the years, including: Safeway, Paul’s Line, Ryder and then ending his career with First Student as a Location Manager; although, his favorite occupation was being a father and a loving husband. Tim spent most of his free time surrounded by his family, going on road trips, watching football (especially the Miami Dolphin’s), BBQing and watching movies. He also enjoyed woodwork and at times, took on several different projects simultaneously. No project was inconceivable. Tim was predeceased by his parents Inez and Clarence LaToure and his sister Vickie Gonzales. Tim is survived by his wife of 31 years, Vickie LaToure, daughters Angelique and Monique LaToure, as well as his daughter-in-law Olivia Munoz, brothers Larry LaToure and Gilbert Mastri, nieces and nephews: Christopher and Desiree Gonzales, Noel, Evan and Adrienne LaToure, best friends John Nonzeta and Victor Pinones, as well as several cousins and friends. There will be a private viewing in Phoenix, AZ. A Funeral Mass will be held at 10:00 AM on Wednesday, May 13, 2015 at St. Jude Shrine of the West, 1129 South 38th Street, San Diego, CA 92113. He will be laid to rest at Greenwood Memorial Park, 4300 Imperial Avenue, San Diego, CA 92113. Flowers can be sent to Greenwood Memorial Park. Arizona arrangements entrusted to Whitney & Murphy Funeral Home.

Offer Hugs From Home Condolence for the family of LATOURE, TIMOTHIE ADAM