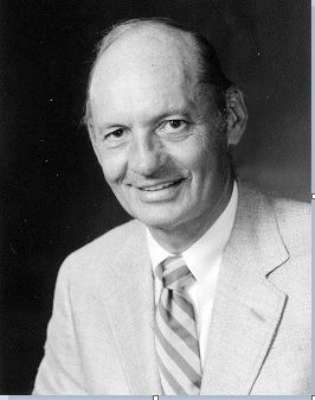 On October 2nd, our beloved husband and father left this world peacefully, surrounded by his family, and entered eternal life. David was born on April 24, 1928 in Peoria, Illinois, and attended grade school and high school in Peoria. He moved to Chicago to attend Loyola College, and the University of Illinois dental school, graduating in 1954, the year he married the former Mary Ellen Lonetti. He was a Lieutenant in the Navy, serving as a dentist in San Diego. Following the Navy, he attended Indiana University School of Orthodontics, graduating in 1959. Thereafter, Dave and Ellen moved to Arizona and he set up an orthodontic practice in Scottsdale. He loved being an orthodontist. He was a diplomat of the American Board of Orthodontics, member and past President of the Arizona Orthodontic Society, the Arizona Orthodontic Study Club, and the Southwest component of the Edward H. Angle Society of Orthodontics. He was a volunteer at The Crippled Children’s Hospital, working with cleft palate cases. He was a member of the Arizona Country Club and Forest Highlands Golf Club. In addition to Ellen, his wife of 60 years, he is survived by his son, Thomas (fiancée Rebekah), daughter Catherine (William), and eight grandchildren and one great grandson, his brother Philip (Nancy). He is predeceased by his beloved son, Daniel, his parents Thomas and Irma Lawless, and his brother, Martin (Carol). The family would like to thank Hospice of the Valley and his caregivers over the last many months, Marlene Munoz, Raul Carrasco, Martha Duran, Eva Hernandez, and Rebekah Ford. There will be a Mass of Christian Burial at Brophy College Preparatory Chapel, 4701 N. Central Ave., at 4:00 pm on Tuesday, October 7th, 2014. Arrangements entrusted to Whitney & Murphy Funeral Home. In lieu of flowers, donations may be made to the David and Ellen Lawless Scholarship fund at Brophy.

Offer Hugs From Home Condolence for the family of LAWLESS, DAVID THOMAS