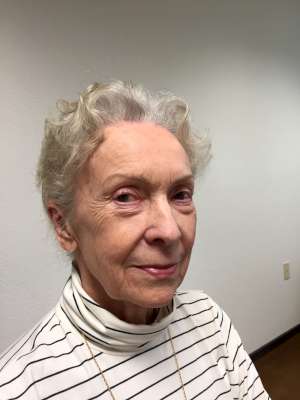 80, of Ahwatukee, Arizona died peacefully at her home on September 29th, 2016, after being diagnosed with cancer earlier this year.  Sylvia was born to Walter and Sadie Barrett in Ann Arbor, Michigan on June 14, 1936.

She is survived by her two daughters;  Anne Burnett of Carmel Valley, California and Susan Bogart of Santa Cruz, California.

Sylvia was a Third Order Member of the Society of St. Pius X and an active member of the Parish of Our Lady of Sorrows Roman Catholic Church on Baseline Road in Phoenix.  Her generosity was extended to many young men both in the religious life and in their studies for the priesthood, as well as young ladies pursuing a vocation in the convent.

A Requiem High Mass was offered at Our Lady of Sorrows Roman Catholic Church at 750 E Baseline Rd in Phoenix, on Wednesday, October 5th, at 11:00 am.  Burial followed at Resthaven Cemetery, 4310 E. Southern Ave in Phoenix.

Offer Hugs From Home Condolence for the family of LEACOCK, SYLVIA JUNE