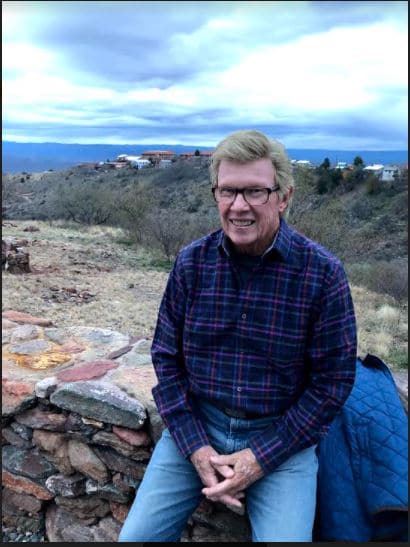 Dr. John R. Lee, 76, of Phoenix, Arizona died Tuesday, July 13, 2021, at his home surrounded by loving family. He was born in Logan, Utah, the son of Ernest and Virginia Lee. In 1968, he earned a bachelor’s degree from Utah State University. While playing on the USU golf team, he discovered a love for Arizona when his team played Arizona State University. He received a Doctor of Dental Medicine from the University of Oregon in 1972. After graduation he chose to practice in Arizona but returned to school at Loma Linda University of Dentistry, where he earned a postdoctoral degree in periodontics. He opened a periodontal practice in Scottsdale and later met and married his wife of twenty-three years, Jana Parker Lee. John was embraced and appreciated by her family.

A chance encounter with John was always a happy encounter. He was genuinely glad to meet new people and pleased to see people he already knew. He was a man of enormous kindness and generosity. In addition to being loved by his family, he was much loved by colleagues, patients, friends, and those fortunate enough to have been mentored by him. In his final weeks, several mentees—and their families—reached out to express deep gratitude for his wisdom and guidance.

John enjoyed hefty, historical biographies and was particularly fascinated by Winston Churchill. He loved golf and skiing. Also, Porsches. He liked to watch nature shows and had an unlikely fondness for his stepdaughter Bre’s ancient, toothless cat.

He was preceded in death by his parents, his brother Richard Lee, and sister Marilyn Lee. He is survived by his wife, Jana; his sons, J. Anthony Lee, Christopher Lee, and Brandon Lee; his stepchildren, Joel Parker, Bethany Fortune (Mac), Jonathan Parker, Bre Hanrahan (Chris); and 7 grandchildren.

Offer Hugs From Home Condolence for the family of LEE, JOHN R.