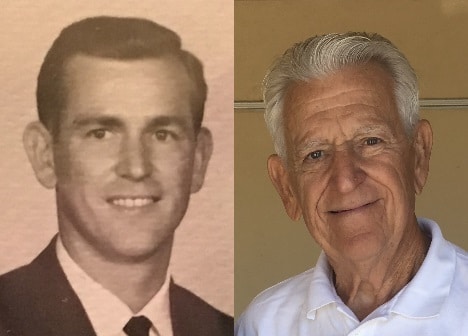 Robert Joseph Leivian, 85, passed away peacefully on January 5, 2022. Bob was born on July 23, 1936 in Seneca, Kansas, son of William and Theresa. He lived on his family’s farm in Iowa until relocating to Wichita, Kansas for his adolescence. He then moved to Tucson, Arizona to attend the University of Arizona. He graduated and earned his Bachelor of Science in Mechanical Engineering. After graduating and serving his country in the Air National Guard, he settled in Phoenix where he had a long and successful career in the commercial construction industry as a professional engineer.

It was in Phoenix where he met the love of his life, Frances. Together they had six children. Bob was a husband, father, grandfather, brother, son, uncle, friend and coach. He was a kind and gentle soul who took great pride in raising his children. His true passion was coaching each of his six children’s little league baseball and softball teams at St. Francis Little League. Later in life he was able to continue making memories coaching his grandchildren’s teams. Through this service he was able to touch countless lives with his unwavering example.

Bob’s faith in the Catholic Church provided a strength that he drew upon in order to battle stage 4 cancer courageously and continue to give his family his everlasting support. We are all lucky to have known him and shared in his life. He is survived by daughters Lisa, Kara, Amy (Chris); sons Bobby, Matt (Jaclyn), Joe (Bridgette); grandchildren Lucy, Carly, Nolan, August, Calhan, Christopher, Frances, Luke, Liam, Claire, Beecher, Vivienne, Quinn, Sofia, Savannah and Tristan; sisters Ruth and Berneice; brother Bill; and numerous other family and friends. He is preceded in death by his wife Frances; parents William and Theresa; sisters Florence, Marybelle and Anne; brothers Delbert and Jerry. He will be missed dearly but truly celebrated with great joy by those who knew him.

In lieu of flowers the family requests that donations be made in Bob’s memory to Catholic Charities 4747 N. 7th Avenue Phoenix, AZ 85013.

A Visitation will be held from 5:00-7:00 PM Friday, January 14, 2022 with a Rosary starting at 6:30 PM at Whitney & Murphy Funeral Home, 4800 E Indian School Rd, Phoenix. A Funeral Mass will be held on Saturday, January 15, 2022 at 10:00 AM, at St. Thomas the Apostle Catholic Church, 2312 E Campbell Avenue, Phoenix, with a short reception to follow in the courtyard. Interment will be at St. Francis Cemetery at 1:30 PM. Condolences may be expressed at www.whitneymurphyfuneralhome.com

Offer Hugs From Home Condolence for the family of LEIVIAN, ROBERT JOSEPH