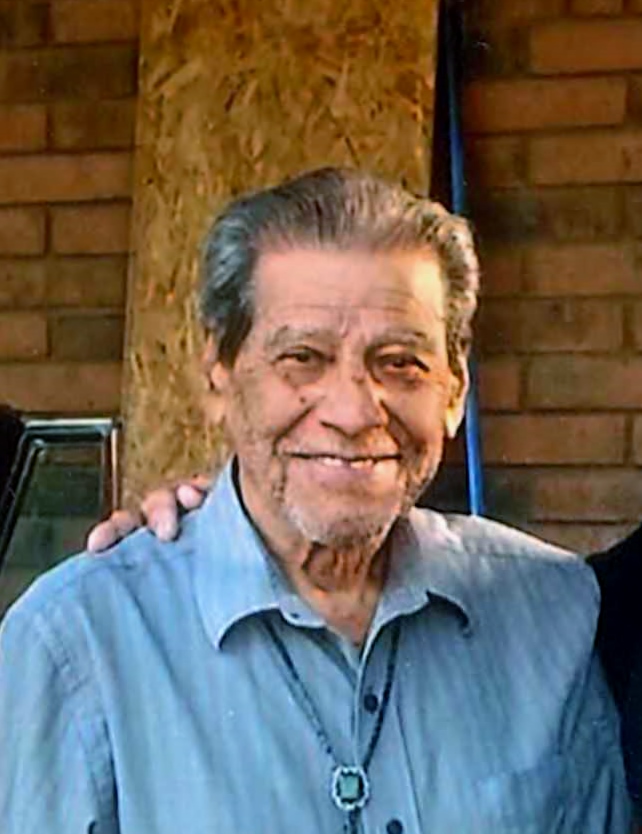 Victor Leon was born, September 17, 1921 in Juarez, Mexico to Soledad and Gumesindo Leon and passed away Saturday, December 24, 2016, in Paradise Valley, Arizona. One of nine children, Victor moved with the family throughout the West – Texas, Arizona and California, ultimately settling in Arizona. Victor served during World War II in the Navy. A great source of pride was that he served his country alongside his four brothers (2 Navy and 2 Army). Victor graduated from ASU where he met his wife, Gloria. He worked as a commercial artist for the State of Arizona. His work can be seen from Arizona to Washington State. His designs at rest stops on Arizona highways can still be seen including his dinosaur statues at Grand Canyon Caverns. (search: Victor Leon dinosaur statues). Victor was preceded in death by his wife Gloria, brothers George, Edward and Severino, and sisters Maria Cumpton, Ruth Gonzales and Esperanza Hinojos. He is survived by his brother Salvador, his sister Josephine Soto and many nieces and nephews. Visitation will be held 10:00 A.M., Friday, December 30, followed by a Funeral Service, 11:00 A.M., at Whitney & Murphy Funeral Home, 4800 E. Indian School Road, in Phoenix. Interment will follow at St. Francis Catholic Cemetery.

Offer Hugs From Home Condolence for the family of LEON, VICTOR