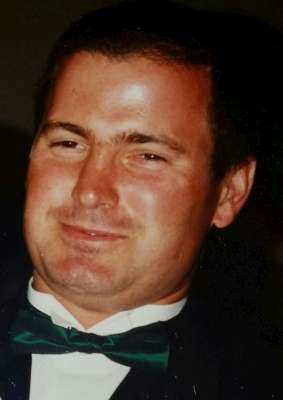 Kevin Patrick Leonard, 48 years old, born November 3rd, 1967 in Phoenix, AZ, died July 8th, 2016. Kevin was a graduate of Brophy College Preparatory, class of 1986. He was an exceptional high school basketball player and was blessed to be a member of one of Brophy’s all-time greatest basketball teams. They were the State Runner Up team in 1986 and finished that season with a record of 27-1. Kevin was recognized as an All-State player, and that team was later enshrined in Brophy’s Hall of Fame. He went on to play briefly for Menlo College in Atherton, CA.  Kevin had a fierce love for his family and was known to be very generous with his friends and neighbors. Kevin is survived by his parents: James J. and SueAnn Leonard; siblings: Mike Leonard (Cheresa); Amy Cisowski (Steve); Brian Leonard (Amy); Sean Leonard; brother-in-law Tom Wood (Kathy); and 10 cherished nephews and nieces. Kevin was preceded in death by his sister, Debra Ann Wood. Funeral Mass will be celebrated at 10:00 A.M., Monday, July 18, 2016 at Brophy Chapel, 4701 N. Central Avenue, Phoenix. In lieu of flowers the family requests a donation be made to St. Vincent de Paul Society, P.O. Box 13600, Phoenix, AZ 85002 or the Arizona Humane Society, 9226 N. 13th Avenue, Phoenix, AZ 85021. Arrangements entrusted to Whitney & Murphy Funeral Home.

Offer Hugs From Home Condolence for the family of LEONARD, KEVIN PATRICK