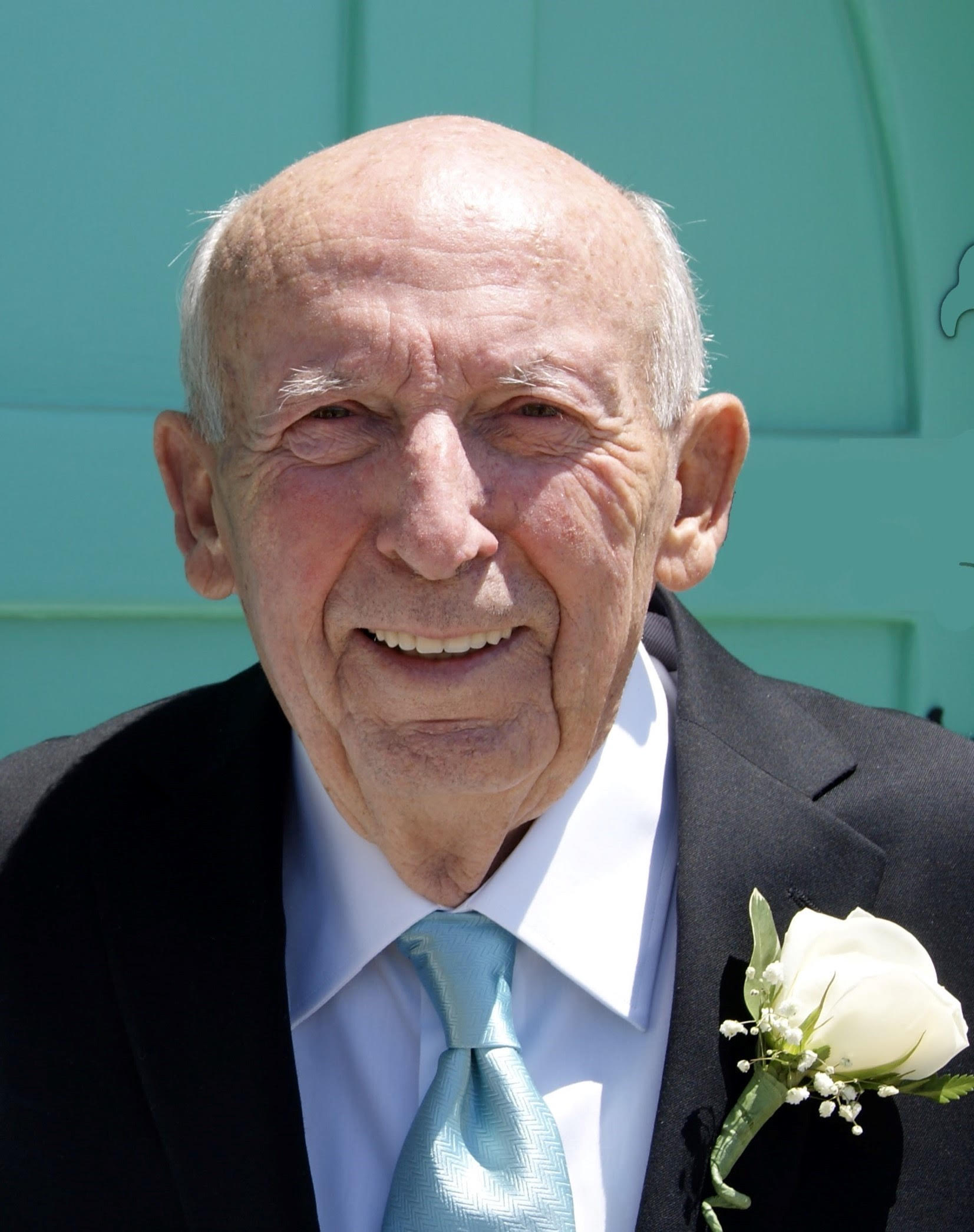 The Rev. Mr. Joseph Lessard was born on July 16, 1926 to Leo and Cora Lessard at their home in Chelmsford, MA. He was one of eleven children. Joseph joined the Navy on his seventeenth birthday and served his country in World War II in the South Pacific as a gunner on torpedo planes and reconnaissance aircraft. Joseph married his wife Beatrice Cantin in Westford, MA. on June 10, 1950. He was a devoted husband, father, hard worker, creative and industrious. The couple moved their family to Phoenix Arizona in 1956. Joe brought a great sense of humor, love of people and a winning personality wherever he went. He and his wife Bea had six children, Michael, Susan, Barbara, Karen, (Henry) Register, Scottsdale, AZ. Richard, Scottsdale, AZ, and Janet (Dean) McAthie, Carmel, CA. Joseph was a successful entrepreneur and started the Aztec Door Manufacturing Co. and several other building material companies. Although he was always devoted to the faith, he experienced a conversion, the baptism in the Holy Spirit, that changed the direction of his life. Deacon Joe with his wife Bea began a journey that led them into ministry. He was accepted and entered the first Deacon class for the Catholic Church which was established for married men by Vatican II. After three years of training and education, he was ordained by Bishop McCarthy in SS. Simon and Jude Cathedral May 29, 1972. He eventually sold his companies and began full-time ministry living in divine providence for many years. Deacon Joe served parishes giving retreats, Cursillos, teaching and pastoral care in South Phoenix, Prescott, Phoenix and even as construction manager for the Mount Claret Retreat Center. Deacon Joe had a heart to serve and carried the love of Jesus everywhere. His depth of insight into the Word of God and his spiritual caring heart made him a minister of spiritual refreshment and healing. He was instrumental in developing prayer ministries in parishes and directed many people in the exercises of St. Ignatius. He and Bea and the children moved to Canada in 1978 following God’s leading, to introduce the Diaconate to the Canadian people. He evangelized many churches and small towns on both the French and English side of Canada and preached in Santo Domingo and several other countries. He founded schools of faith for young adults in Canada and later back in Phoenix. Miracles seemed to follow wherever he and Bea went. In 1981 the family returned to Phoenix. His caring ministry continued to flourish as a chaplain to the sick at Kindred Hospital. He retired in 2007 but that didn’t mean that he stopped ministering. Wherever he was God was working too. He was a Deacon to the world. His lovely wife Beatrice died on November 28, 2018. His love of people, his infectious laugh and kindness will be greatly missed. His engaging nature quickly built lasting relationships that will be lovingly celebrated and remembered in the book of faith.

In Roman 8: 11-12 Saint Paul reminds us, “that the same Spirit that raised Christ from the dead dwells in us.” Deacon Joe’s life points to the author of the Church and the Spirit that breathes life into it. Now he is alive in that same divine embrace of wonder and love forever. Deacon Joe’s legacy includes: 13 grandchildren and their husbands and wives and 8 great grandchildren, three loving sisters, Pauline, Lucie and Theresa and countless dear friends and colleagues. Together we say and sing, “Well done, well done, well done, Oh dear man of God!”

Flowers can be sent to Whitney & Murphy Funeral Home. Donations can be made to Pastoral Care Associates, a non-profit corporation on Facebook or the website using the Paypal option, the mailing address is: 2541 N. Arizona Ave. #4 Chandler, AZ. 85255.
Condolences may be expressed at www.whitneymurphyfuneralhome.com

Offer Hugs From Home Condolence for the family of LESSARD, DEACON JOSEPH A.