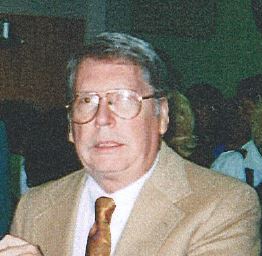 Rick passed from this life on October 6, 2018 at the age of 78. He was preceded in death by his son, Remy.
Rick was born on March 9, 1940 in Idaho Falls, Idaho to Marlowe Charles LeSueur and Kathryn Davies LeSueur. He attended ASU and Thunderbird School of Global Management.
Over his long career Rick owned and managed several local restaurants, was a Cellar Master for AJ’s Fine Foods and was a beverage buyer in the 1970s for a chain of restaurants based in San Francisco.
Rick was a connoisseur of food and wine and his many years in the Hospitality industry provided him with countless entertaining anecdotes. He collected wine and art and friends of all temperaments.
Rick was a loving father, brother and son and he will be remembered for his gentle, loving nature and the dry sense of humor that made him a favorite throughout his life with family and friends alike.
Rick is survived by his older brother, Charles M. LeSueur (Chuck) and his younger brother, John Michael LeSueur (Mike). In addition, he is survived by his best friend, Kathi, who was his support and his advocate throughout his long illness.
Our heartfelt thanks to Ligia, Olga and staff at Silver Star and Banner Hospice for their care and kindness.
No services are planned at this time.

Offer Hugs From Home Condolence for the family of LeSUEUR, RICHARD DAVIES (RICK)