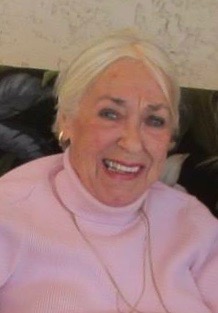 Wife, mother, grandmother, sister, daughter and friend–Helen Elizabeth Levison will be missed by so many. She passed away peacefully at home on March 10, 2018. After graduating in one of the first classes of Registered Nurse Anesthetists and using her skills to help others, she married her husband Charles Levison and in 1956, moved to Arizona. They raised their family in Phoenix. Helen was a talented artist whose best work included stained glass pieces and paintings. Her home was well known in the neighborhood as a place where anyone could come by and find a listening ear and a kind heart. She was a longtime volunteer at the White Dove Thrift Shoppe. Helen is survived by her husband of 61 years, Charles Levison M.D. She was a loving and devoted mother to her four children: Cindy (Charles) Paul; Robert (preceded in death); William (Asli); Jeffrey (Diane). She is also survived by sister Alice Hess and brother Jim Elder (Luce), seven grandchildren and three great grandchildren. Extended family includes sister and brother-in-law Donald and Ruth Kalish, many nieces and nephews. A celebration of her life will be held at a later time. The family would like to thank Hospice of the Valley and Home Instead for their loving care. Donations in Helen’s honor can be made to Hospice of the Valley, 1510 E. Flower St., Bldg. 2, Phoenix, AZ 85014. Arrangements are entrusted to Whitney & Murphy Funeral Home.

Offer Hugs From Home Condolence for the family of LEVISON, HELEN ELIZABETH