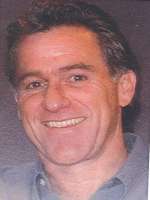 50, beloved son, brother, and friend, passed away and went to be with his Lord Jesus Christ, on October 24, 2009. Robert grew up in Phoenix, attending Ingleside Elementary School, and Arcadia High School where he played on the football team and was awarded homecoming king. After graduating from the University of Colorado at Boulder, he received his dental degree from the University of Pittsburgh. He practiced dentistry for many years in Phoenix. His generous heart was apparent at an early age when he donated all his earnings from his paper route to the Jerry Lewis Telethon fundraiser. His giving to others was ever present in his life, and he was always willing to help others. Robert loved plants and was a master gardener. He is survived by his parents, Dr. Charles and Helen Levison; sister, Cindy Paul (Chuck); brothers, William Levison (Asli) and Dr. Jeffrey Levison; four nieces and one nephew; and Linda Owens, the love of his life. Memorial Service will be held at Prince of Peace Lutheran Church, 3641 N. 56th Street, Phoenix, AZ, on Friday, October 30, at 11:00 a.m. A reception will follow. In lieu of flowers, donations can be made to the National Parkinson’s Foundation, 550 W. Thomas, Suite 720, Phoenix, AZ 85013, or your favorite charity.

Offer Hugs From Home Condolence for the family of LEVISON, ROBERT DAVID