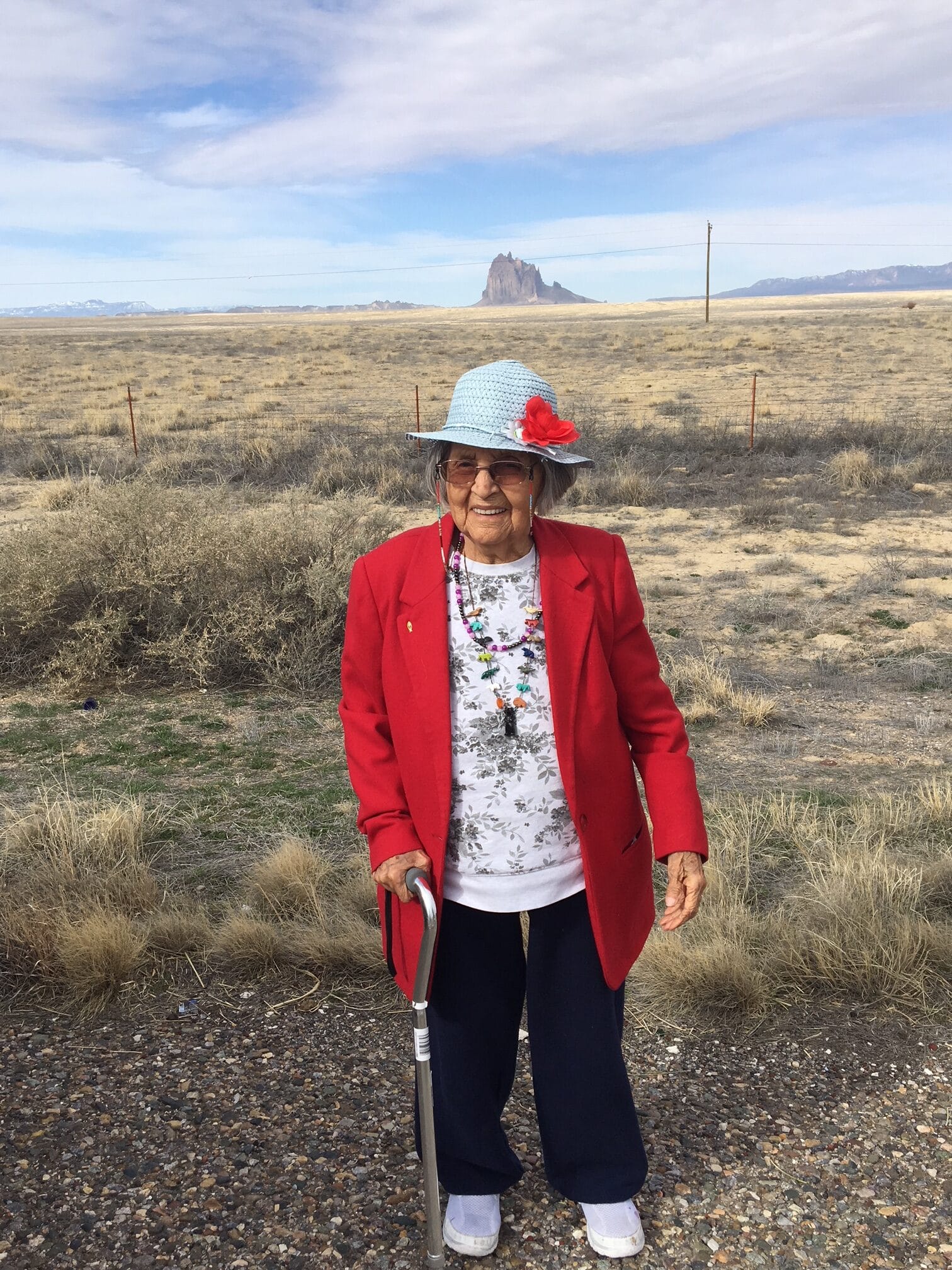 Jane lived in Arizona since the late 1950’s and is best known as a Dine’ silversmith and CEO of Navajo Silvercraft based in Phoenix. She participated in numerous arts and craft shows across the country and around the world. Her jewelry was purchased and collected from Indian Market in Santa Fe, NM, to shops in Scottsdale, AZ. Jane also enjoyed being with her children and grand-children and going to church whenever possible.  She always enjoyed visiting friends and family near Shiprock, NM.

Offer Hugs From Home Condolence for the family of LEWIS, YAKAZBAA JANE