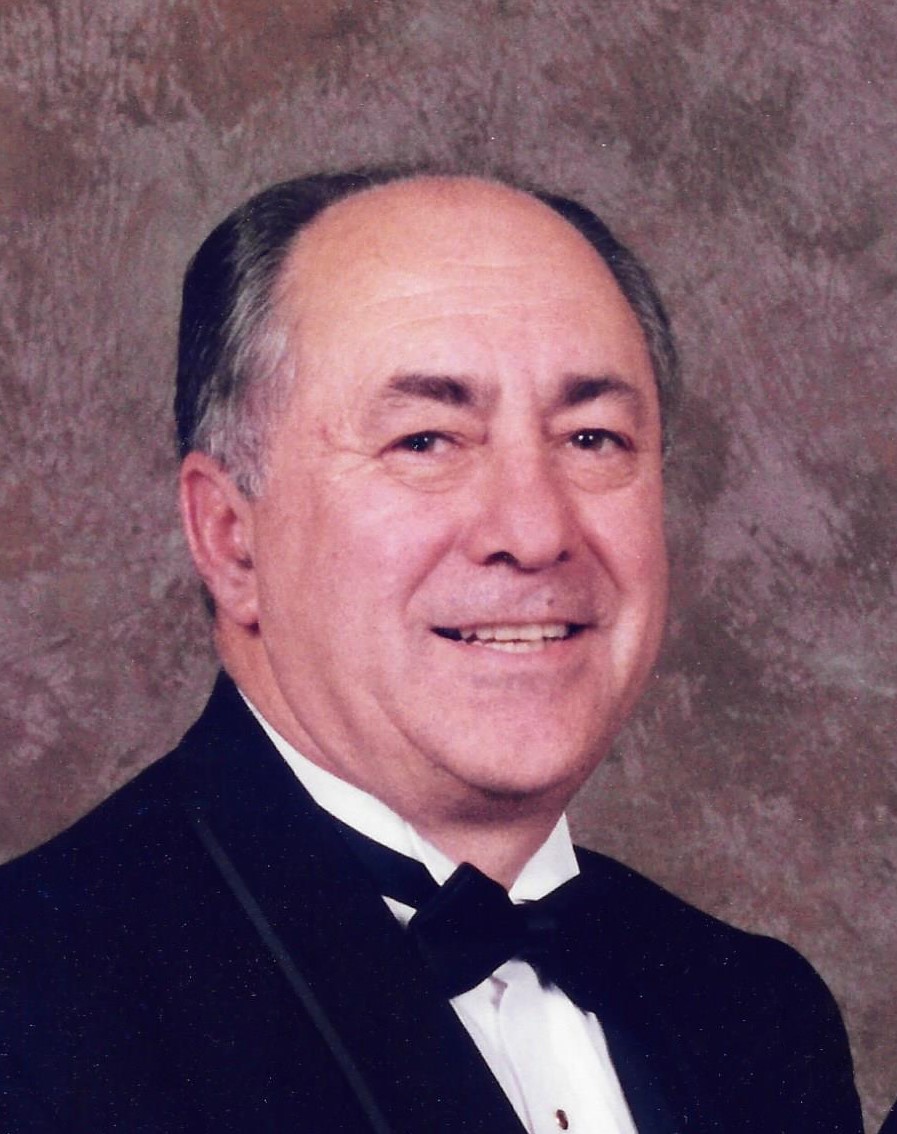 Donald J. Lisa, of Phoenix, Arizona, passed away on Wednesday, November 7, 2017. Donald was born on April 6, 1935, in Camden, NJ, to Frank Lisa and Frances Piccione Lisa. He graduated in 1952 from Camden Catholic High School, standing 5th in his class. He was active in sports, was the starting third baseman for the CCHS State Championship baseball team (1952), and in 2016 was inducted into the CCHS Hall of Fame. In 1950, he met his classmate and future wife, Isabelle O’Neill, at a soda shop in Camden. Don attended the United States Naval Academy, graduating in 1957 (standing 11th out of a class of 848). While at the Naval Academy, Don was the starting guard for Navy’s 150 lb. football team, winning the Collegiate National Championship in 1956. His high school sweetheart, Isabelle (“Izzy”), moved to Annapolis, MD, in 1957, to be with Don, and they were married on June 15, 1957, one week after Don graduated. Don and Izzy started their family soon after they were married, and had two children, Richard (born 3/27/58) and Steven (born 9/12/59). Don was an accomplished Naval Aviator, making hundreds of landings as an all-weather, night-time, fighter-interceptor pilot serving tours aboard the USS Forrestal and USS Enterprise. He would often and proudly recount stories about his “Navy life” as a fighter jet pilot, and early family life with Izzy and his children. After serving his country for six years as a Naval Aviator, Don decided to change careers to the field of Patent Law. He attended and graduated from Harvard Law School, and thereafter embarked on a long and successful legal career. He quickly became a partner at the prestigious New York City Law firm of Kenyon & Kenyon. He later moved from private practice to corporate law with Motorola in Chicago and Phoenix, where he rose to become an officer in the legal department. During this time, he also obtained his Master’s Degree in Business Administration from the University of Chicago. It was during his career with Motorola that he and Izzy had the opportunity to move to Phoenix, Arizona, which they grew to love. Don eventually returned to the private practice of law, fulfilling his life-long dream of opening his own law firm. In his 70s, Don returned to his love of flying, and he obtained his private, commercial and then instructor’s license in rotary aircraft. Don was well known as a strong man of high honor that stood firm and worked hard in support of his family, principles and moral values. Don and Izzy, throughout their lives, devoutly practiced their Roman Catholic faith. After nearly 58 years of marriage, the Lord took the love of his life, Isabelle. At that same time, Don, began his battle with brain cancer (Glioblastoma). Remarkably, but indicative of his strength, faith and strong will, Don beat brain cancer for nearly three years under the direction of the Barrow Neurological Institute. Don is survived by his children, Richard (and his wife Vicki, Carefree, AZ) and Steven (and his wife Laurie, Paradise Valley, AZ), and five grandchildren Anthony (and his wife Bridget, Scottsdale, AZ), Kristen (Austin, TX), Michelle (and her husband Dan, Portland, OR), Brittany (and her husband Bryan, Des Moines, IA), and Caitlin (and her husband Adam, Chicago IL). He is predeceased by his parents, Frank and Frances, his brother Frank, and his beloved wife, Isabelle. The funeral services for Don will be held on Tuesday, November 14, 2017, with the Visitation at 8:00 A.M. to 9:30 A.M. at Whitney & Murphy Funeral Home, 4800 E. Indian School Rd, Phoenix. A Funeral Mass at 10:00 A.M. will be celebrated at Saint Theresa Parish, 5045 E. Thomas Road, Phoenix. Burial with Military Honors will follow at 12:30 P.M. at the National Memorial Cemetery of Arizona, 23029 N. Cave Creek Rd, Phoenix. The Lisa Family requests that memorial contributions be sent to the Barrow Neurological Institute’s Innovation Center to advance brain cancer research. Checks can be mailed to Barrow Neurological Foundation (note: “Innovation Center”) at 124 W. Thomas Road, Suite 250 Phoenix, AZ 85015. For more information please contact Robyn Duda, at the Barrow Neurological Foundation, at 602.406.1037. For gifts online, please go to:
https://www.supportbarrow.org/InnovationCenter

Offer Hugs From Home Condolence for the family of LISA, DONALD J.